Geographically located south and east of the Fort Point Channel adjacent to Dorchester Bay, South Boston houses some of the oldest housing developments in the United States. The predominantly working class Irish-American neighborhood is also home to Boston's Polish and Lithuanian communities. One of America's oldest and most historic neighborhoods, people often think of the movie The Town upon hearing South Boston. Over decades "Southie" has undergone numerous transformations, swiftly shedding its rough and tumble reputation and surfacing as one of the city's trendiest locales.

Due to the exponential growth of residents, Boston's historical yet congested cityscape can no longer accommodate the ever growing Bostonian housing market. It is only natural that in order to keep up with the city's constant addition of talented, creative and innovative residents, the unmarked borders defining Boston's metropolitan area must be extended fittingly.

Recognizing Boston's need for expansion Mayor Thomas Menino has made it a point throughout his tenure to emphasize the importance of transforming the bleak land south of the Fort Point Channel into a breeding ground for entrepreneurship and innovation. This past April the mayor unveiled plans for a $5.5 million innovation center in the Seaport District. Built by private developers and operated by the Cambridge Innovation Center, an organization that provides low-cost office space for 450-start up companies in Kendall Square; the facility will serve as office space for promising companies and executives to meet and exchange ideas, galvanizing economic renewal in a rapidly growing area of Boston.

The area just recently deemed Liberty Wharf is another vivid manifestation of the gentrification happening in and around South Boston. Once home to the generation-old and Boston institution, Jimmy's Harborside, the iconic property was razed in 2007. Home to four "best in class" restaurants all with breathtaking views of the city, the Liberty Wharf has become one of the hottest go-to's during the summer. 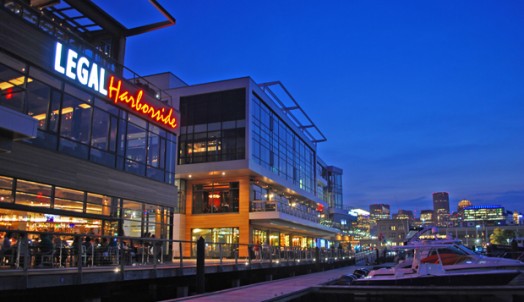 Another development in the works is The Boston Wharf Tower, providing affordable housing for young professionals downtown. "From the very start of our plan for the waterfront and Fort Point Channel, we knew housing would be a crucial part of the equation," Mayor Menino said at the July 26th ceremonial ground-breaking at that $100 million Boston Wharf Tower. "This project will help turn this neighborhood into a vibrant, 24-hour mixed-use community." The Boston Wharf Tower will not only offer conventional units but will also pioneer the idea of "micro" apartments, offering units as small as 45o square feet. Of the 202 apartments, more than half will be one-bedroom units from 600 to 900 square feet, another 41 will be two bedrooms of 1,000 to 1,300 square feet, with the remainder studios in the 500 square foot range.