Boston, along with Dallas, Houston, and Los Angeles, is expected to experience the most in Class-A (Commercial & retail properties) rental price increases next year, a study by Cushman & Wakefield finds. The study, entitled Global Shopping Center Report, projects that Boston's retail spaces will spike as much as 8% in the coming year. Currently, rental in Class-A properties in Boston is hovering between $85-$95 per sq. ft. Further, the report also found that the average sales performance of tenants in these Class-A properties was 4% above the rental price they currently pay, with revenues generally performing much better than overhead expenses, especially in high-end and specialty stores. This figure represents a better per sq.ft. return ratio compared to other metropolitan cities such as New York. 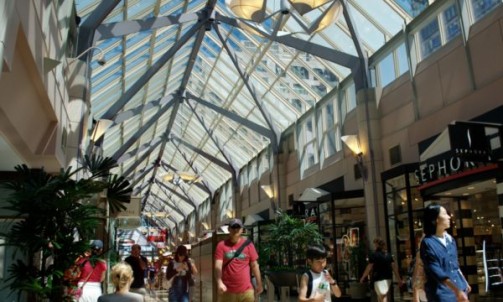 The study, done collaboratively with ICSC (International Council of Shopping Centers), looks at the sales, revenues, and occupancy rates of retail spaces in particular cities in several global regions. In previous years, increases in Class-A U.S. rental prices occurred mainly in Las Vegas and Washington DC due to inflows of investments, however moving forward the growth areas will be in the above-mentioned cities given its population's increasing allocation of discretionary income specifically towards shopping & leisurely activities.

Perhaps another significant factor for this expected increase is Boston's limited Class-A retail landscape, which is primarily concentrated in the Back Bay area, with the Prudential Center, Copley Place, and Newbury Streets as primary destinations for high-end and specialty retailers.