The Seaport District is wasting no time playing catch up to developments rising in Boston. Originally planned to be constructed  in back in 2008, the redevelopment of Pier 4, also known as Anthony's Pier, was finally put in motion today, as the first phase of its fabrication is set to begin next month.

The Hanover Co. of Houston is set to begin the construction of a 21-story apartment and retail tower in middle of November, resulting to 369 apartments up for grabs for eager home hunters. The apartments will come in standard configurations ranging from studios to family-friends three bedrooms. The development is also set to offer "innovation units" that are less than 450 sq ft, are compact, and high-efficiency, as prescribed by Mayor Menino. 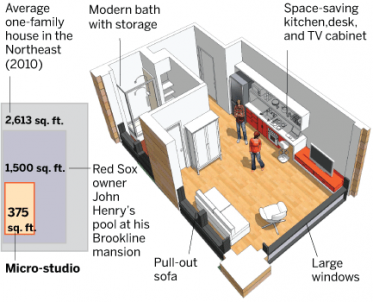 The entire project at Anthony's Pier once completed, will include two additional high rise buildings and a one-acre park to serve the area's nature and sea lovers. This will result in the area having more of a 24/7 feel to it, and increase likelihood of companies setting up shop in the Seaport district as housing becomes available. The first phase is set to be ready for occupancy by mid-2014.