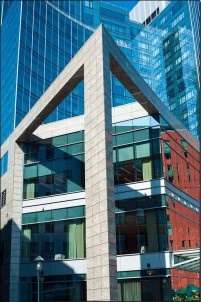 With all the developments and positive news about how the real estate market in Boston as a whole is recovering, you're most likely interested to know how the high-end sector is doing. And regardless of whether you're on the selling side or on a buying binge, you'll be interested to know that luxury properties in the Bay state are fairing well and better than other metropolitan states, yet its recovery is still a tad bit behind the housing market in general.

While sales of single-family homes increased from 24.8% to 27% during the summer months, properties priced above $1 million or more were up a modest 1.5% from 21.9% to 23.4% in the same period, giving way to the recovery of sales for more moderate homes. Though modest in increase, Boston's luxury real estate market is still doing better than other metropolitan cities, as increase in pick up of properties priced above $ 1 million in Chicago, Houston, and Los Angeles were 18.6%, 19.3%, and 22.5%, respectively.

Perhaps the most logical reason for this is because of inventory - or in simpler terms, the number of units that's available of this calibre. Boston's luxury real estate scene has always withstood recessions and economic downturns, and this is rightly so since the market only has a handful to offer, as most developments either cater to mid-level housing, or have been stalled due to the 2008 downturn. However, soon this is likely to change, as developers play catch up on projects, building mostly in districts where high-end developments are most likely (i.e. Downtown, Back Bay, and Seaport District). In essence, the demand for high-end properties doesn't agree to the supply the city has to offer, limiting their options hence affecting inventory sales. Yet, with the onslaught of new high-rise, high-end condos underway, we predict that it won't be long until the sale of high-end real estate properties supersede sales increases made by single-family homes.

Data and figures courtesy of MLS and Trulia.