o you've saved up your down payment, and mortgage rates are about as low as you think they'll go, and you're ready to start home shopping, but it's December - and everyone's telling you that you've missed the homebuying window for the year. Is that really true? Perhaps, and perhaps not. What are the pros and cons of buying a home while most of the country is focused on buying and wrapping gifts? Consider this article as an early Christmas gift from us to you, as we offer tips, tricks, and advice on what you can expect from the housing market nearing the end of the year, and what advantages could be in store for you.

Holiday house hunting Shopping for a home in December and during the dead of winter might be somewhat less than ideal, as there are fewer homes to choose from and not as many open houses to peruse in the season's cold, wet weather. But a couple of things are working to your advantage: there will be less competition for any house you do find and fall in love with, and less competition often times work in your favor. 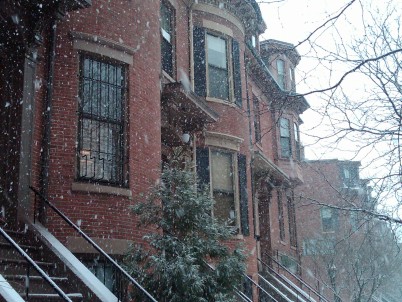 According to Realtor.com's historical figures, real estate prices are typically at a 12-month low in December through early February. This means that you don't have to be as aggressive with your initial first offer, compared to buying during peak to high season. Sellers who are more willing to keep their house on the market in winter may be more flexible in negotiating the terms of an offer; extending the time to close or agreeing to other concessions.

Another important factor to consider is that you'll have more help in your homebuying during the cold winter months as you're likely to get more of your agent's time as the year winds down. Agents typically go on standby mode during the winter months, so they will be at your disposal.

Of course, the downside to this end-of-the-year shopping is diminished selection. According to housing aggregator Trulia, the number of listings that come to market in the spring is 65% higher than what we see in November, December, and January. Many people just don't want to focus on showings during the holidays.

However, if you do see something you like, it's a good time to pull the trigger and submit your bid. With rates near record lows, you might be able to afford more house now than you would be able to in the spring when rates are expected to edge up - even though it's only half a percent, this will eventually save you a couple of hundred dollars in the long run. There's also a chance lenders may be more willing to shave down fees at this off-peak time to gain your business in an otherwise slow season for them. 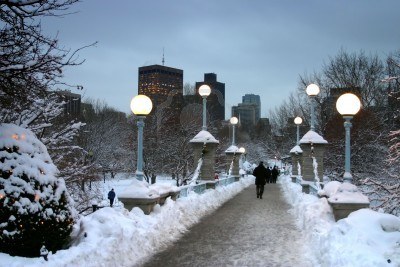 Looking for the best bargain in a neighborhood? Zillow advises looking for listings where sellers clearly ignored their agent's advice. The site noted factors such as crowded rooms, knick-knacks and bad lighting, which can affect a selling price, but not long-term value. In other words, properties that have been left untouched and unimproved by their owners since the time of their listing.

In our fair city, check neighborhoods such as the North- and South End, as well as Cambridge for walk-ups that usually turn people off during the peak of house hunting. There are great bargains out there overlooked and sidetracked by many because of the abundance of properties during the high season. Multifamily homes are also a good bet, as many (but not most) are vacated by tenants who have leases that turnover in January. Some landlords would want to dispose of those properties and cash in, rather than finding tenants. The same applies to apartments or investment properties in the commercial districts, as most businesses tend to have licenses on a yearly basis that ends in December. And if it so happens that lady luck isn't on their side and they'll need to fold up, you might be the lucky fellow to capitalize on their space.