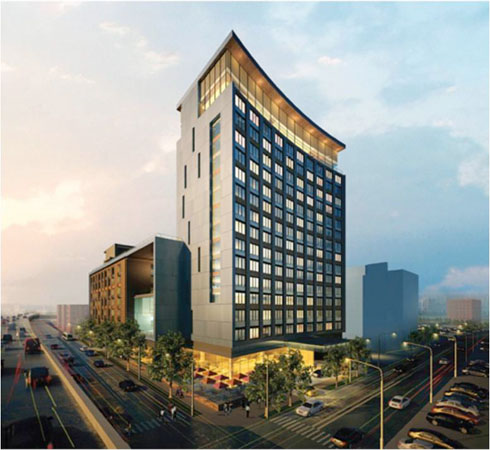 Not too long ago, we wrote about transformations that are about to happen in the Southend. Well it seems that developers just can't get enough of that area, as numerous projects have seem to sprout up since only a month ago; one of which is a MassDOT project aimed at altering one of the neighborhood's 'crime hotspot' areas into a massive parking facility, to be utilized by surrounding developments.

A big reason why there's so much 'freed up' space on the historically-preserved Southend neighborhood is that city planners have up-zoned certain areas that were up for renewal and redevelopment. Formerly zoned out to be for low-to-mid housing projects, the BRA has elevated the kinds of developments that could be initiated in the Northeastern tip of the neighborhood, specifically the area known as the Harrison-Albany Corridor. This signals the final phase of transformation for the neighborhood, whose gentrification began in the early 90's.

Capitalizing on its mantra of being one of the most desirable neighborhoods to live in - in the city, and perhaps in the whole of Massachusetts - the area will soon be home not only to streets and streets of classic Victorian brownstones and its ever-expanding restaurant scene, but will also be the destination for shopping and service apartment living.

Aside from Normandy Real Estate Partners' dual-tower project featuring a 325-room hotel and a 220-unit mid rise apartment at 275 Albany Street, and four other apartment-style housing projects in their infancy phases, the big buzz surrounding the recently up-zoned area deals with The Ink Block Project that consists of 471 apartments, as well as a massive 85,000 square feet of retail space. The project sits on 6 acres of land formerly occupied by the building that was The Boston Herald's headquarters, and is positioned to be one Boston's largest ever mixed use developments.

True to its name, The Ink Block once completed, promises to be a neighborhood within a neighborhood - having the basics and more, without having to step out more than a block outside your comfort zone. Currently, the project is finishing up some paperwork, but is scheduled to demolish structures surrounding it by mid next month and should be completely flattened to the ground by Springtime.