If you've followed our blog these past couple of months, you've probably read about all of the developments going on in and around the city. Aside from the obvious and trumpeted signs of the real estate market's comeback both locally and nationally, there's one thing that hasn't been written about Boston -- how it's going to address the booming number of residents in the city.

Unlike much of the past, Boston is now seeing soaring numbers of individuals relocating to its fine borders. The city has attracted a decent amount of new residents in recent years, putting a gap in the market's supply of fresh housing, and igniting a debate of the city's overall preparedness. In 2010 alone, Boston surpassed its record number of 625,000 residents, adding 7,500 in a span of one year.  In response, we've all heard arguments about how the T should be open later than it currently operates, and how the city should invest in redeveloping more of its space for commercial and residential purposes. That's probably the best place to start if the city really does intend to play catch-up with its big brother cities such as New York, Chicago, and San Francisco, as inventory for residential units are dwindling. 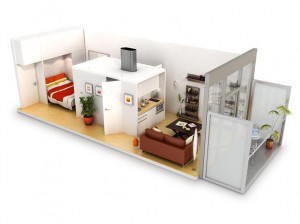 And being the ever-responsive city that it is, Boston has come up with innovative solutions that are now in the works. For instance, Mayor Menino last month toured showroom builds of microunits to be built in the Innovation District, and are designed to house the practical. With yuppies and fresh-grads in mind, these high-efficiency living spaces are small on square feet, but what it lacks in space it gladly makes up for in use. These "starter units" are meant for temporarily housing the growing number of young individuals who are responding to the tech and medical workforce's growth that has been the thriving force behind the influx of new, young blood to the City of Boston.

Developers too, are quick to respond, garnering approval after approval for residential builds throughout the city. Last year, there was a record number of 22 proposals that saw groundbreakings, and almost double that number saw the city redevelopment board's stamp of approval, with most of construction set to begin this year. These "conventional", albeit all-encompassing projects are targeted towards the general market, ranging from singles, to young couples, to empty-nesters who have downscaled their living conditions to better suit their lifestyle preference of being "in Downtown, where the action is". And with over 36 developments in the pipeline just for this year, the city is definitely taking notice of the upsurge in residents, positioning itself just in time to welcome new, returning, and staying residents back to its embrace. Boston is definitely about to experience a boom, not just in population, but also in its skyline. 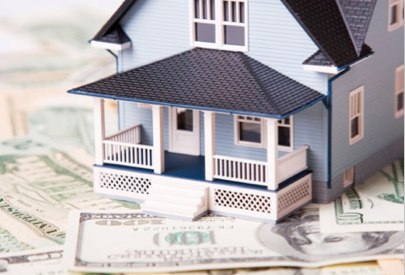 And for those of you who were smart enough to save up, either for a downpayment or for an investment property, now is definitely the time to buy, just before the market turns. There are more than enough signs that the market is about to become a seller's market, with dwindling inventories, and upset sales. More and more people are realizing that the investment wave will be short, and most likely riding it out is not an option. Likewise, selling off your investments might also be your best course if you want to modestly cash in and lose risking it. For now, the property scale seems to be in the middle, benefiting both sellers and buyers alike. But that might not last for long as the boom that Boston will see is definitely coming, so prepare for it diligently.