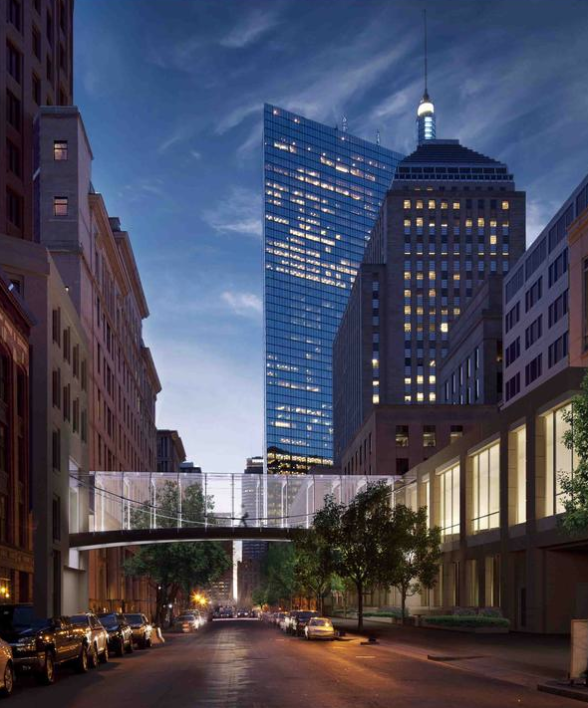 It seems that Boston's real estate rebound is now in full swing, with commercial properties also seeing a spike in leases and vacuum of vacancies. One of the top global commercial real estate firms, Jones Lang LaSalle, has been monitoring the local conditions for the commercial sector (especially for its portfolio of properties), and has said that Boston's performance is above the national market, outperforming other "key commercial cities" across the nation.

In fact, the first quarter of the year showed strong leasing activity in several specific sectors ranging from finance to life sciences and the biomedical industries. Retail is also not far behind, with several new chain establishments setting up shop in the city. Hard numbers show that the vacancy rate in Downtown Boston dipping below 9.6 percent in the first three months of the year, with most activity belonging to the Financial and Innovation Districts. Not far behind is Back Bay with vacancy rates at 12 percent.

You would think that with numerous commercial developments on schedule for delivery this year and a considerable handful more on the pipeline, office and commercial spaces are projected to have higher vacancy rates. However, most of the commercial space up for delivery this year have already been signed and leased, with most of them having five year leases starting 2014, with a brief concession period for the months remaining in 2013 post-delivery and turnover.

On the dollar side, commercial space rents are up in Downtown Boston (+1.9 percent), Cambridge (+1.4), and the Innovation District (+1.2 percent) compared to the previous year. Other "growth districts" that are projected to grow and increase rent over the next year is composed of Fenway, Kendall Square, and South Station / Seaport District. Many residential neighborhoods are also reported to be making the moves to submit proposals to re-zone some of their "underutilized" parcels of lots to build commercial properties and lease them out in order to increase local revenues.

According to Jones Lang LaSalle, the key reason for the vacuum of vacancies stem from the fact that consumers are weathering the increase in taxes, as well as an improved outflow of discretionary income, combined with unemployment rates falling and thereby giving way to corporate and retail expansions.

If you're potentially looking to relocate our open your establishment, check out these commercial projects that are poised to give you the best location, as well as amenities, and opportunity for growth for your company: