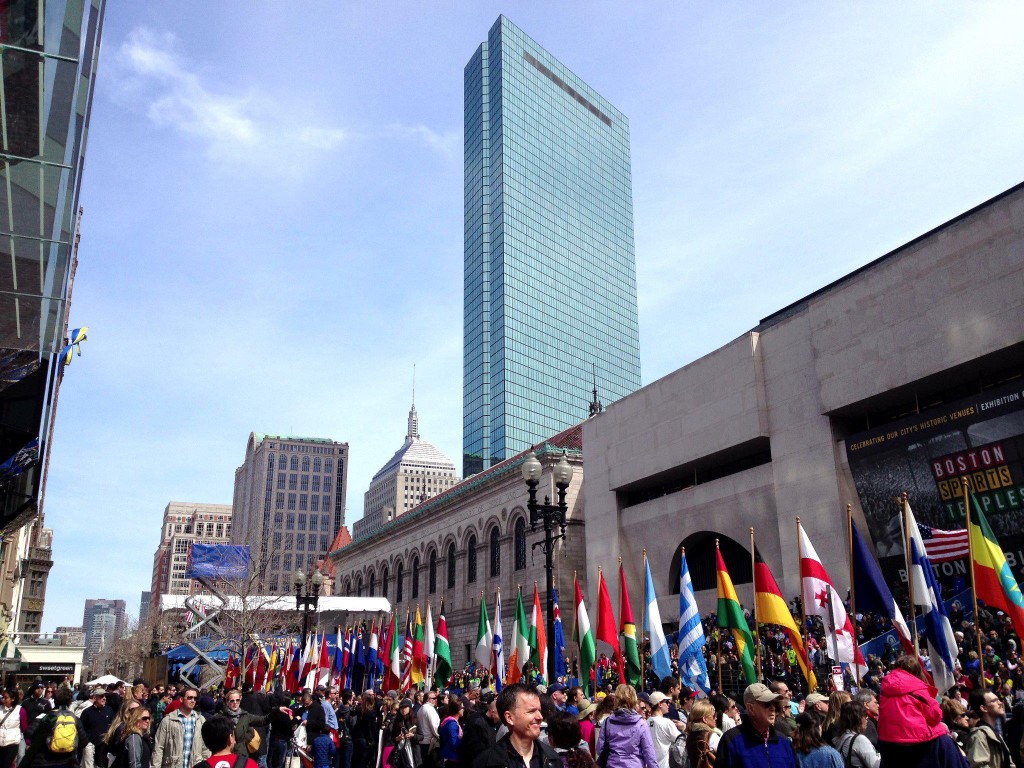 As we mark the first week of remembrance of the tragic events that have changed Boston forever, we at Boston International Real Estate continue to send our praise, prayers, and gratitude to all those who participated, are affected, and bravely assisted in the aftermath of last week's tragedy that has wounded our great city. While it is true that Boston would never be the same because of the bombings, it is also true that we will never be the same in terms of how the world views us: as a resilient and resounding city of strength and a genuine example of the great American spirit. And though we are scorned, we are made even stronger.

In fact, the strength is still very palpable, as everyone continues to pitch in for Boston's healing. The unwavering cooperation of each and every individual, from businessmen to the plain busy body, has led to the successful apprehension of the people responsible for the gruesome attacks. The unprecedented events of the lockdown last Friday, in particular, drew attention into how much Bostonians wanted to bring to a close a week that has so very much disturbed us emotionally, physically, and mentally. And so we were able to, with justice prevailing.

The lockdown that led to the successful arrest of Suspect #2 sweeped the city's streetscapes last Friday. And though the city was shutdown, people kept vigilant and  hopeful that the nightmare would already draw to a close. Indeed, never has the city seen such a drastic security system in place. Here's a look into how the historic streets of Downtown Boston paused to pave the way for peace. 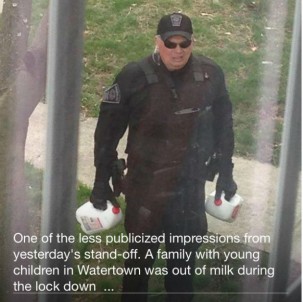 Though businesses and buildings were closed, it didn't mean that the city stopped supporting its citizens. From Boston to Brighton to Brookline to London, there has been an outpouring of support for Beantown and its residents. Take for example this Brookline Police who went out of his way to bring milk to a stranger's family that was affected by the lockdown. Or the runners in London who have dedicated the race to our fair commonwealth. And though undocumented, there have been numerous individuals out there that have stretched out their hand in order to support one another. These unsung heroes are the greatest assets of our astounding city.

And though the horror of Monday's event dominated the city throughout most of the week, the real estate industry was one with everyone and in fact, showed that it's determination did not dwindle one bit. Offices were mostly closed, but the life behind the desk continued, as projects continued to pour in to show solidarity to the resurgence of the city.

Topping off at the Seaport District

The $122 million Waterside Place in the Seaport District saw its twentieth floor topped off last Tuesday, as developer John Drew considered the event as confirmation of Boston's strength and resilience during tough times. Though the celebration was subdued, the occasion marked the structural completion of the 20-storey tower that is set to add 236 one- two- and three-bedroom units in the Seaport area by later this year.

It seems that South Boston's spirit was still on its game throughout the events of last week, as the so-called "Sausage parcel" of lot (aptly named for its weirdly-shaped perimeter), has finally found a tenant to sit on its 30,000 plus square feet of prime real estate. To be named "Residences at 399 Congress Street", the $200 million twenty two-storey project is to add 414 apartments in the hot South station neighborhood. Madison Properties welcomed the Boston Redevelopment Authority's go-ahead of the project last week, with the latter showing support for firms and businesses throughout the city in a time when you would expect one.

YOU CAN STILL HELP

Like everyone else, the real estate industry hasn't stopped short in aiding our fair city throughout this tragedy. On the day of the twin explosions occurred, many of us - both in the industry and in plain sight - offered homes and shelter to those who had been displaced by the bombings. And as our city is on the path to healing, there are still numerous ways you can stand up and support victims and those affected.

Massachusetts Governor Deval Patrick and Boston Mayor Tom Menino have announced the formation of The One Fund Boston, Inc. to help the people most affected by the tragic events that occurred in Boston on April 15, 2013. To find out more and to donate, please visit OneFundBoston.org.

Sports apparel manufacturers like Adidas, New Balance, and varied team franchise stores like the Sox and the Bruins are taking orders for apparel that will assist the victims of the April 15 bombings, as proceeds go directly to the One Boston Fund and the families. Take particular note, too, that these shirts cost $26.20 for the twenty six miles that comprised the marathon's course.

Restaurant Fund Raisers The Boston restaurant community continues to respond to the bombings at the Boston Marathon with its usual show of generosity and solidarity. Foodie site Eater Boston gives us a list of offers to first responders, fundraising events and more that contribute to the healing and aid to your hunger.