It's been a rough five years, but Fenway Center is finally on its way to fruition. The five-building complex, planned prior to the 2007 economic downturn, was finally given the go ahead by the state Department of Transportation, as well as city councilors. John Rosenthal, along with representatives from project partner Meredith Management Corporation inked a $266 million 99-year land and air rights lease agreement yesterday, and afterward announced that construction will follow suit by the first quarter of 2014. 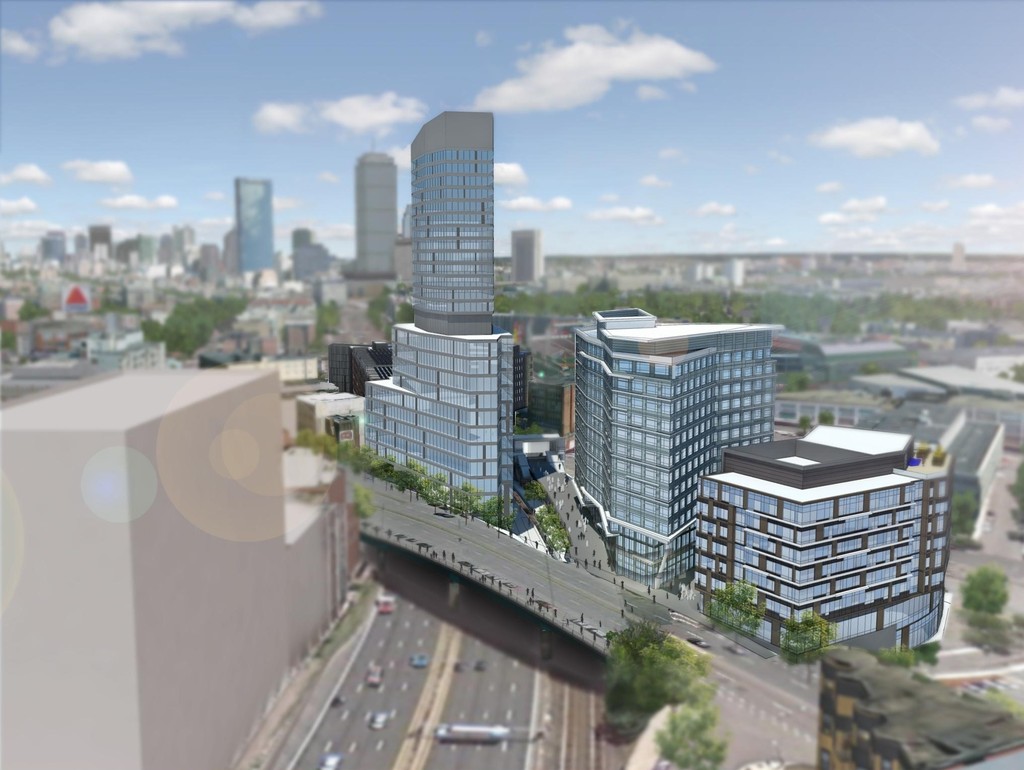 The Fenway Center is a $500 million development that's set to rise on a 4.5 acre site around Brookline Avenue and Beacon Street. Once completed, there will be five buildings that will completely transform the Fenway area and play host to commercial, residential, and office space. In particular, it will reinvigorate the area that is now occupied by parking garages and some old run down 2-storey buildings, as a towering 27-storey mixed-use building will be built accompanied by four others - a 14-storey building and two seven-story buildings, as well as a 750-slot parking garage. The project will also be directly above a newly-constructed commuter rail line station in Yawkey, which is set to be completed by the end of this year.

The project will be constructed in two phases: the first to be delivered are the 420 mid-luxury residences spread out through three buildings together with retail establishments, and will be located in the Beacon Street part of the development. Shortly thereafter, another seven-storey apartment and retail building will be  built in the Brookline Ave. part of the plot. The second phase, with no clear start date yet in sight, is poised to be the crown jewel of the project, as the 27-storey tower will rise up from the turnpike, and will add 130 more ultra-luxury residences, to be situated on the top most floors of the mixed-use residential and office tower. The building is also set to have solar panelling as its windows, powering the entire tower with green technology.

Aside from redeveloping the area, the Fenway Center project will also create more than 1,800 construction jobs, as well as provide significant real estate tax revenues to the City of Boston. Governor Deval Patrick also welcomed the project, saying it is a testament to the resolve of the city to "move forward and take concrete steps towards progress".