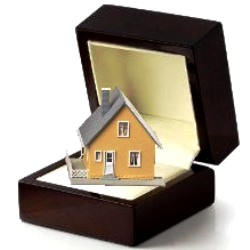 They say that couples who stay together for a good seven years are bound to enjoy each other's company forever. In real estate, seven years also marks a significant turn in relationships - both with buyers, sellers, developers, and brokers, as the economics of the industry is largely hinged on a cyclic pattern. Specifically, property markets (as developers and property moguls would agree) usually dips and rises back up every seven years; in some cases, this rally extends to every twelve years or so. Why? Well, if you look at various factors that go into play for realty, you'll see that a lot of it is dependent on politics, economics, and consumer behavior patterns.

Luckily for us, we're now entering an "up phase" where the cycle is just about to come back up. I'm no economics expert, but the downturn that began in 2007 is slowly being overturned and already-rosy forecasts for the next three to five years are now being revised to reflect gains that were previously thought to only happen beginning next year. But, because of large stimulus packages and efforts by the government to spur growth and revive the economy, this trend is happening quicker than anticipated. 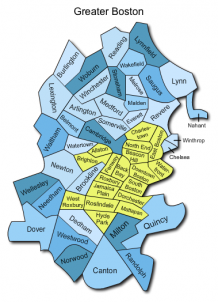 In fact, figures have just come in for last month's real estate transactions, and the pictures is even prettier than previously imagined. Home prices have risen the most in seven years, with S&P's Case/Schiller Hime Index reporting an across the board 12.2% increase in home values in the period ending June 30. Locally, the growth in Boston city proper is almost the same of that figure, with homes and condominium prices increasing an average of 10.1% during the same period. This is a huge gap between the growth for Greater Boston and the suburbs arounds it, with those areas reaching only an average of 6% increase in property value.

Though the gap between the two areas' growth is wide, it is nonetheless ideal, as more and more Bostonians move out to the suburbs, leaving the city proper to investors and their lessees (which we all know are composed mainly of students and young professionals). Perhaps one way to look at it is that home ownership in the city belongs to investors, but is run by those leasing them. This is not to say that home ownership in the city is dwindling, on the contrary, more and more investors are actually moving in to their income generating properties, especially for three-family homes; and in the case of condominiums, swapping condos out for single-family outside the city. 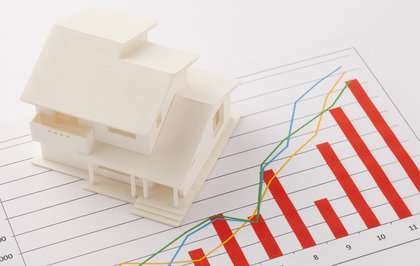 Taking a look at pending home sales would only further confirm the figures above, and the case of city-dwellers versus suburbans. In fact, at the beginning of the year, we've seen home prices steadily increase hitting milestones almost every month since March. Reports of pending home sales have more than doubled from figures posted last year, coming in at 14.3%. Moreover, this figure represents individuals trying to ride the real estate wave before interest rates and mortgages soar through the roof.

In terms of arguing the case of home values increasing solely because of lack of inventory and slow-pace construction of new properties, there just isn't enough data to support such an argument. In fact, nationally, new home sales have way outpaced the rise in existing home sales, 2:1 coming in at almost 30% increase over the previous year. 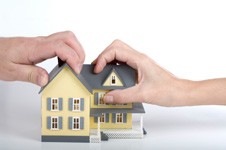 So what does this all mean? Well, to put in bluntly, if you have a home you'd want to sell, now is probably the best time to do so since investors are willing to snap it up as quickly as possible AND at the price you're willing to let it go. They are trying to avoid interest rate increases, as well as secure property prior to everyone buying it up. And if you have the means to build, now is also the best time to construct and deliver, as new home sales are far more reaching than existing ones. In Boston and its surrounding suburbs, this means more development in the area, hence significant improvements in neighborhoods that have not seen any action since the economic downturn of 2007.

The point is this: regardless of whether you're suffering from buyer's binge, or you're on the selling and constructing side, this year really is THE banner year to make lifetime commitments to properties and realty investments. The cycle is turning and you sure don't want to get left behind.