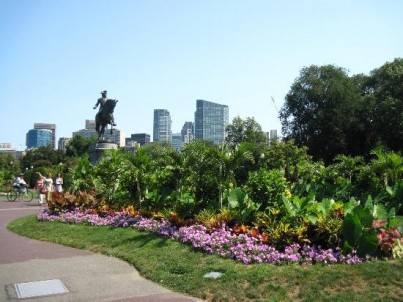 As inventory housing is quickly rising in most major metropolitan cities save for Boston, the city is up in arms in building more housing units to host the growing number of students, professionals, locals, as well as internationals relocating to the hub. Early this year, Gov. Deval Patrick, together with Mayor Menino signed a monumental memorandum supporting the construction of more than 20,000 housing units that will be added to the city by 2016.

Nationally, the housing inventories grew an average of 4.3 in June to 1.9 million units, reaching its highest level in the year. Industry practitioners are stunned by this "unusual" growth in inventory, taking into consideration that it is a nationwide number. Some suggest that inventories are booming in smaller cities, where developers have started constructing projects since 2011, projecting the real estate recovery then that is being experienced now. Rising home sales fueled this speculation early in 2012, and builders responded accordingly.

Locally, Boston is lagging behind. Inventory levels for June remained flat and far away from last year's crop. Specifically, Metro Boston's inventory is down 35% from the same period last year. This phenomena however, is not isolated to Beantown as other key metro areas in the country are in the same spot - Seattle and San Francisco is also down 23% and 21%,respectively.

But all of this inventory news shouldn't get you down, as developers are coming to the rescue. Just yesterday, the Boston Redevelopment Authority approved six massive projects that will, in total, add 1,100 mostly-market rate housing units to the city and its surrounding suburbs. With only a small amount of affordable housing being made available, these units are projected to rise within the next year. These recently-approved developments include:

The Residences at 399 Congress St.

A 22-storey tower with a total of 414 mid- to luxury apartments, with floor plan configurations ranging from one- to three-bedrooms, and 63 affordable apartments and 60 market-rate "innovation" units that are poised to be fantastically furnished yet optimal and efficient.

With 320 units masterfully planned and professionally decorated, these apartments will definitely cater more to the medical community surrounding the area. Currently, Brookline has inventories that are way below the past two years' levels. This is due to the fact that a lot of Bostonians are relocating to this convenient and accessible suburb. Planned layouts include one- to three-bedroom units.

Located on a triangular plot between 140-150 Mt. Vernon Street, this sprawling 7-storey residential and retail complex will have 184 units in total, including 24 affordable units. This development will respond to not only to city dwellers, but also campus kids from UMass who are looking for an alternative to student housing. With retail establishments on the ground floor, it is poised to liven up  and further gentrify the surrounding neighborhood of Columbia Point.

Not to be outdone, East Boston also has some contribution to the city's transformation. With already multiple projects set to be turned over this year, the addition of this 196-unit complex in the area will definitely add to the ever-changing skyline of the "city east of the city". Featuring one- and two-bedroom unit floor plans, the developers are targeting the growing demand for new housing in the area, as more and more Easties enter the job market.

The hotly-anticipated development and gentrification of Jackson Square is surely on the rise with the opening of mixed-use retail and residential 225 Centre. Phase 2 however, particularly with the ground breaking of 75 Armory, only seems to solidify the fact that growth is coming towards south of the city. With 164 units including 39 affordable apartments, this mostly two- and three-bedroom lateral development (townhouse-style) will eventually transform and add diversity to the community of Jackson Square in Jamaica Plain.

Originally only to be used as a luxury hotel development, the property owners will be including fifty (50) mid- to high-end units to this much-anticipated project, also south of the city. With a 145-room hotel attached to residences, it also aims to make use of 12,600 square feet of ground-floor retail and community space. 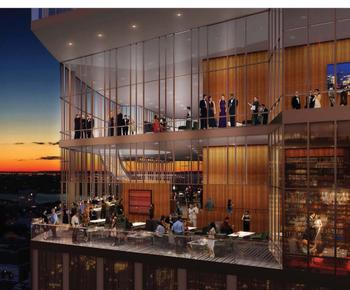 The John Hancock Tower will soon have a new neighbor that's poised to overtake its gleaming glass windows. To be dubbed 40 Trinity Place, the mammoth building will rise 33 stories above ground and is planned to feature a hotel, luxury condo units, three restaurants and a roof terrace on one of its top floors. Particularly, the proposed $255 million project will have 227 luxury hotel rooms, 115 condominium units on the top 12 floors, and a two-story "sky lobby" on the 18th and 19th floors, including a stunning restaurant and lounge bar with open-deck layout. The building will be modernly designed to rival its neighboring skyscrapers. Originally proposed for the Boston Common Hotel and Conference Center, the 400-foot glass and concrete tower is expected to break ground late in the year.

However, if you're a buyer who can't wait for these developments to turnover and deliver, then make sure that you have your realtor be diligent in their efforts to stay on top of the market as properties become available, because if the current trend continues, those properties won't remain available for very long. We can help you with that. Call us now at (617) 505-1781 for a free no-risk consult.