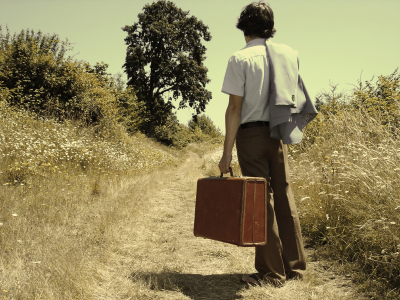 Many people often overlook obvious ways to lower the cost of hauling stuff to their new place. Some don't realize that just by following practical tips, hundreds of dollars could be saved. If you're among the millions of people pulling up stakes this year and resettling in a new place, getting your goods to a new location means digging deep into your wallet, right? Not necessarily.

Even though it's true that moving costs could be quite expensive - especially if you're in panic or disorganized over it - overlooking easy and obvious ways to save hundreds or even thousands of dollars when relocating could cost you even more.

And In a city like Boston, where a good number of residents are transient and are always on the move, it's prudent to keep these tips in mind whenever the urge to up and go calls. We've done some of the heavy lifting for you, assembling 20 tips that cuts some of the costs of uprooting: 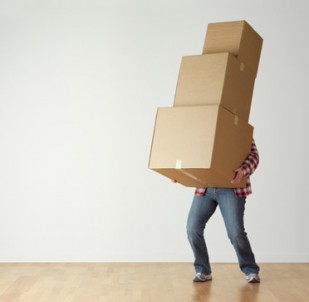 1. Avoid paying for moving boxes. You can drop a lot of dough at U-Haul buying cardboard. One good tip that we have is that every town or city today has a recycling center -- and they've got tons and tons of boxes, clean ones at that, too. Other sources of strong boxes are hospitals because medical supplies are required to be shipped in double-walled boxes; and restaurants, whose potato boxes are also very sturdy. Others also suggest grocery stores, since the boxes in which deliveries get transported in are very reliable.

2. You've binged. Now purge. Here's the most basic way to save on moving: Don't move so much stuff. Basically, anything that you don't need, that you haven't unpacked and used yourself in more than a year is probably fair game to not make the next move with you. After all, the average full wardrobe carton weighs 75 pounds, and movers often charge partly by weight. Basically, purge, purge, purge -- that's the best way to save money.

3. Purge efficiently. Connected to that last tip: People often have time-consuming garage sales to thin their belongings, thinking they'll make lots of money. They often don't come out ahead when considering the amount of time spent to prepare and hold a sale. Just donate the stuff to Goodwill or another charity. The stuff will be carted off and out of your hair, saving you lots of time and snagging you a tax deduction -- and that plaid couch will still live again. Plain and simply, everybody gets to benefit.

4. Don't blow it on bubbles. Bubble wrap and other packing materials are pricey. Assuming you're going to do some of the packing yourself, pad items with bed linens, towels and clothing. Save newspapers from the recycling bin for packing material -- but be careful about what you wrap in them. Newsprint will smudge on dishes, for example. We advise using butcher paper to wrap dishes, as they're plain hence prints won't stick, and they're sturdier and much economical too.

A note: Movers often won't insure boxes you pack yourself,  so be ready for any incidents. Pack your things tightly to avoid "accidental costs". Also, check to see if your homeowners policy covers moves and incidentals, that way you're covered whatever happens. If not, it makes all the more sense to pack your items snugly.

5. Be your own supplier. For the things you can't wrap up with towels and newspaper, check sites such as Craigslist for people who have just moved and want to get rid of packing materials for free, or on the cheap. Whatever you do, don't rely on the mover's supply of butcher paper and heavy-duty tape -- they're usually sold at extremely inflated prices. Prepare ahead of time to avoid having to pay twice, or sometimes three times what it actually costs.

6. Box that sculpture. Place odd-sized items in boxes to make them easier to move. Movers love to have anything in a box. It saves them time -- and time (along with distance and weight) is part of the cost equation of hiring them. It just works better in a van because of its cubular shape. Additionally, the chance of it getting damaged or lost is less when it's boxed.

7. Keep a paper trail. Keep a record of all your moving expenses. Unbeknownst to many, if your move meets certain criteria, you can deduct the expenses from your federal income taxes. Read IRS' Publication 521, titled "Moving Expenses" - you usually have to meet three tests. Your move will meet the distance test if your new main job location is at least 50 miles farther from your former home than your old main job location was from your former home. In the end, savings is still savings, regardless of the dollar value.

8. Let the post office help you. Got a lot of books? Consider shipping them via the U.S. Postal Service, which has a special rate for books and magazines. The Media Mail rate gets them there slowly but relatively cheaply. This is an extremely affordable option for out-of-state movers as well, as it not only saves you the cost and space on your U-haul or mover's cab, but also ensures that your media is delivered on a specified time you want it.

9. Measure twice, cut once. Before you spend lots of money to move large pieces of furniture, measure the doorways and hallways of your new home to make sure the stuff will even fit. There's a tale floating out there of a student who lives in a one bedroom apartment in the North End who had to saw an entertainment center in half to get it under a low-hanging beam then glue it back together since he wasn't really in the position to buy a new one!

Moral of the story: measure it first, and if it doesn't fit, evaluate your options. Maybe it's time to get a new piece or just schedule some time to dismantle it prior to your move. Either way, measuring your furniture will always be a good step towards your impending move.

10. Be a pod person. If you don't have a lot of stuff, consider a pod. Some companies will drop off a pod or cube, then cart the loaded cube to its destination. It can save a lot of money, and if you load them yourself, obviously that saves you quite a lot more. Some report that using the pods is even cheaper than renting a truck to drive goods a few states away. And if you rent a truck or cart your stuff to the moving company's terminal and load the cube at the terminal instead of having them deliver the cube, you can save even more money.

A comparison of two big national moving companies show that: ABC Moving Co. (obviously not the company's real name), which provides moving cubes and moving services, says two 6-by-7-by-8-foot cubes, or enough to pack up a small two-bedroom apartment, would cost $1,764, door to door, to deliver from Chicago to Boston. That's a 985-mile trip.  A very rough telephone estimate from XYZ Moving Co. quoted $2,700 to $3,000 to move a two-bedroom apartment the same distance, door to door. Estimates will vary, of course on the exact location but it clearly shows which one is a cheaper option.

11. Move at off times. If you're moving locally, consider moving during the middle of the month. Moving companies are always busy at month's end, but when business is slower, the rare company may lower its tariffs -- but you've got to find it, say movers contacted nationwide. Locally, move-in date is usually September 1st. Try to work around that so you won't have to deal with all of the other college kids.

12. Plan ahead. If you're not organized in your move, you're going to be wasting time. And time is money. Being organized will save you money in perhaps unexpected ways. For example: You could end up paying for an extra month's (utility) service that you don't need if you don't get the service cut off in time. And if you're disorganized and hurrying, you'll pay to ship stuff that you don't necessarily use anymore. Better to set up online bill paying so you can keep tabs on things and your credit rating won't suffer from missed bills. We suggest planning your move six to eight weeks ahead of time.

13. Beware the storage unit. Don't think storage units will save you money. Just because you're not shipping stuff -- and it's out of sight, out of mind -- doesn't mean you're not still paying. You'll likely end up paying a few hundred dollars a month to store a $200 piece of furniture. You're better off getting rid of possessions before a move.

14. Pick your season. In Boston, moving between the months of October and May can often save you money. If you are not under a deadline to move by a certain date, you can get discounted moving rates from the van companies during this off-season period. 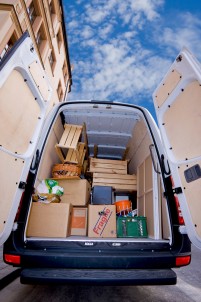 17. Find a good mover. Perhaps the single biggest way to save money on your move is to find a good mover. The cheapest mover often doesn't turn out to be the one with the cheapest rates. There are lots of underhanded moving companies out there, which offer tips to spot them.

We've seen cheap movers running with boxes and literally throwing them into the truck to try to save time, or banging into walls, causing damage a renter or homeowner has to pay to fix. It's mostly the little, smaller, local companies that you have the problems with. Follow these steps to find the most economical mover and get the most for your money:

18. Don't forget to negotiate. Regardless of whether you're negotiating with a mover or a storage unit, or hiring someone to assist you as you pack your items, negotiate your terms. Trust us, it will make a difference.

With movers, larger companies will often just say "this is our price". But that price is more flexible than you might think. Informing them too that you're shopping around for other providers will help give them a scare - especially if you're moving a items that;s more than one bedroom in size. Though they're a large company, you're still a big fish for them, especially since moving has such a seasonal cycle.

19. Protect the family jewels. Sometimes saving money means not losing it -- and movers sometimes lose stuff. Or break it. Get all valuable household items appraised before your move. Point out the high-value inventory to the moving company before such items are loaded onto the moving van. Take anything very small and of high value, e.g., jewelry, with you. And remember to keep the appraisal documents for such items with you in case of damage or loss during the move.

If belongings do go missing -- of great value or not -- filing a claim for lost or damaged items may seem like a nuisance after the headache of a move. But it's your money, so pursue it. The deadline for submitting claims is usually 90 days after your move. And always keep copies of the forms.

20. There's a final question: Should you ask your friends to help you move? Labor that costs only the price of pizza and beer is tempting. But we're weren't convinced that, after you're out of your early 20s, a big move should be entrusted to friends. For one, you're committing yourself to helping move every person who's helped you -- a real time consideration. At some point though, it's worth spending the money and not go crazy. When you're 40 and have heavy things, it's just not worth throwing your back out. Spend some money and save your sanity. along with it.