With summer nearing its end and fall pacely settling in, Bostonians are slowly seeing the return of the student crowds and the increasingly tightening rental market. Reports of same-day deals abound now that both local and international students are flocking to the city, preparing for the inevitable September 1 move-in madness that's soon to ensue.

While majority have signed and seen places they'll move to,  many are still out on the prowl for that perfect place to call home for the next year. And although the inventory is getting tighter and tighter, locating good finds and decadent deals is still possible. In fact, Zillow Rentals says that there are still 376 studio to one-bedroom units under $1,800 that are available in Downtown Boston area (comprising of Back Bay, Beacon Hill, Theater District, the South End, North End,

West End, and Fenway / Kenmore), reflecting a 60% decrease in rental inventory in just a span of one month.

So, if you're still looking for a place, it's definitely high time to schedule some showings, as units are falling faster than anyone is expecting. However, if you're on the other side of the fence and are willing to join the enlightened few who've come to realize than buying is better than renting, then this next bit of news is for you:

Boston's condominium market set a record in the second quarter as the median price for a unit reached the highest level of all times, but sales were off compared to a year ago. From April through June, the median price for a downtown condo rose to $537,950, up 5.2 percent compared to a year ago. The price hike came as 1,042 condos sold in the dozen downtown neighborhoods, off by 1.2 percent in the second quarter of 2012.

The Final Fate of Parcel 9 in the North End 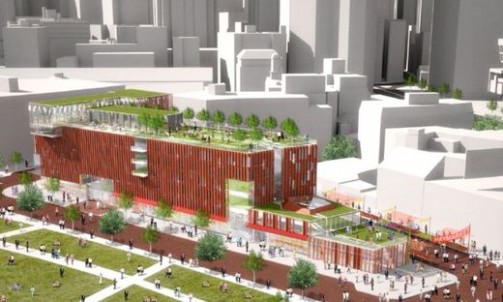 Early this year, there were two proposals that the Massachusetts Department of Transportation considered for the lot dubbed Parcel 9, located in the North End near Haymarket. As of March, MassDOT was considering awarding the lot to either (1) a 180-hotel room and food market equipped with a winter garden; or (2) a 50-apartment building with its own rooftop garden and food market store.

Well, it seems that the bigwigs over at MassDOT has reached a verdict, and sadly it's not one that home-seekers will cheer as the city is soon to set its eyes on proposal No.1, otherwise known as the Haymarket Square Hotel. Though a blow to potential home buyers, the development is still a key addition to the growing portfolio of projects that's hitting Beantown. Once built, the Haymarket Square Hotel is set to service transient tourists as well as botanical fans alike, as the winter garden will offer space for the city's green-thumbed residents. If you're one, remember to stay tuned when it opens its doors (and plots!) so you can avail of a garden during the midst of the snow season. 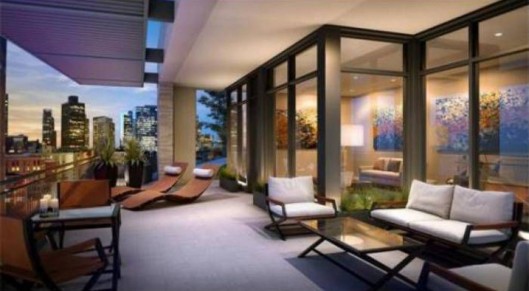 Millennium Partners has released preview photos of its penthouse unit that are just about ready to be turned over at Millennium Place. The views and amenities are awesome, and so is its location. MP has been plagued with mixed media write-ups since they continually refuse to give out their selling numbers and list down units still available for the general market. Rumored to be already 80% sold, Millennium Place is a one-of-a-kind development in the city, integrating social media in its units, as well as high-end furnishings for all its units and amenities that are beyond the normal.

Not too far from Millennium Place, the old Filene's Basement site is currently undergoing some transformation and demolition. With the open-ground next to it having sat idle for the last six years, Millennium Partners last year committed to developing the Millennium Tower in it place, rising 60 stories above ground. The development is set to update and be the catalyst of Downtown Crossing's much-anticipated revival, with the Orange line subway station also undergoing some nifty updates.