Summer's just about to end, but the heat is still on in the hunt for perfect homes and apartments. And although the chill is starting to swirl through the housing market due to lowered demand as the "major" move-in date of September 1 closely approaches, the local housing market is still roaring with resurgence.

If you own in Boston, you should rejoice - home prices are not rising as fast in the rest of the country's metro areas as they did earlier this year and much of 2012, and compared to the Greater Boston Market. Multiple-bid competitions -- fierce in many places this spring and late last year -- aren't as intense, whereas locally bidding wars are a daily event in the life of a realtor. And however true it is that inventories of homes for sale have generally been lower this year, the number swelled up this summer, rising more than expected and reversing near-droughts of listings that helped fuel higher prices.

However, the housing market's increases are bound to plateau eventually. Rising mortgage rates are a good indicator of things to come, as the momentum will be measurable when the market's pace slightly slows. The recovery is still well underway though -- just don't expect it to be as wild of a joyride as it is this summer.

Consider some of the key numbers:

o Asking prices on homes listed for sale declined by one-third of a percent in the beginning of August, the first drop on a monthly basis since November. Quarter-to-quarter data through July confirm the moderating trend line.

o Pending home sales -- though still staggering in terms of transaction count and value -- dropped by four tenths  of a percent in June, according to the National Association of Realtors. Local resales in June, however, have recovered by by 4.4 percent.

o Inventories of homes listed for sale rose in Boston, after hovering near record lows for a year or more. Low inventories stoke buyer competition and bidding wars that can send prices up sharply. More plentiful inventories give buyers more to choose from and tend to calm things down. According to data compiled by realtor.com from multiple listing services in Boston, there was a 5.5% increase in inventories for the past three months of summer. Trulia estimates that national inventories of homes for sale are up 6 percent since January.

o Affordability is beginning to erode as a result of cumulative home price increases plus higher mortgage interest rates. The National Association of Home Builders' housing opportunity index covering 225 metro areas, released last week, found affordability down by 4.4 percent from the previous quarter. The index measures the percentage of households who can afford to purchase the median priced home with a 10 percent down payment. In Boston, affordability has long been an issue, since home values - particularly in key neighborhoods in the city - have been historically higher than the national average. In contrast though, buyers in the city has an average of 15-20% higher budgets when seeking property.

None of this is surprising -- or alarming -- to housing and mortgage economists who track market movements. We just all need to recognize the fact that the recovery is moving into a second, more sustainable phase. During the last 18 months, we saw eye-popping numbers on prices and sales, though the outsized increases were coming off the lows of a recession and housing bust.

But price gains in the double digits that were commonplace in the city have gradually begun to self-correct. When prices get out of reach of a growing percentage of borrowers, demand slacks off and price hikes slow. That's the trend taking hold now. Sales should continue to see "healthy" growth and prices should continue to rise, but the percentages will be less. 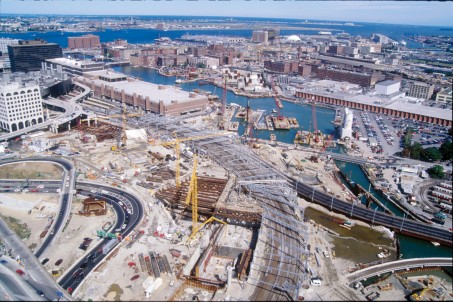 HORIZONS ON THE RISE

So if you weren't able to catch the housing market rebound these past couple of months, wait a couple more and when these buildings are developed, swoop in with your offer, and you should be in a grand position to reinvest and perhaps greatly increase your equity come next summer selling season.