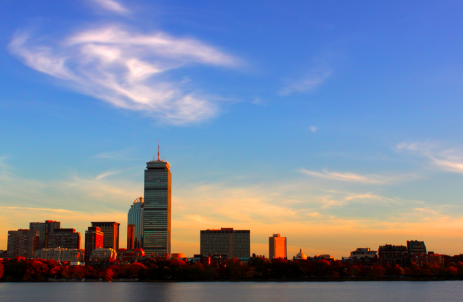 If you've been following our posts these past couple of summer months, you've certainly gotten the point: properties are not exactly easy to come by in Boston. Like all markets, there are different factors that come into play: inventory, market demand, investor intake, and finally affordability.

In fact, if you were to compare this with any other consumer product out there in the market, you'll see that properties are much like any other tech product: there's a down cycle, an up cycle, and a refresh period. Currently (and perhaps ironically), Boston is right smack in the middle of these three. Though it is true that the realty market has just resurfaced from a five-year hiatus due to the recession, it is also true that it surged through so much this summer that it hit multiple historically highs. This is also exactly the reason why Boston's property market is in a down cycle -- more properties have been snapped up than the past couple of years, leading to the inventory (almost) drying up. But, not to worry, everything will be good again - as a matter of fact, we're actually in the cusp of a real estate refresh. So - what exactly will make it "good" again? What's the next big thing for Boston's sprawling skyline?

As we've pointed out in our past entry, there are numerous properties coming to Boston's posh neighborhoods of Back Bay, Beacon Hill, and the South End. But, it doesn't stop there. Plenty of other prime and hot neighborhoods will also have their day in the sun. This is especially because of the overwhelming response to City Mayor Thomas Menino's call for 30,000 additional housing units by the year 2020 - a plan designed to further boost the housing recovery, as well as the economy.

But what really will be the gem of it all? Amongst the hundreds of planned projects on the pipeline, there are a couple that stand out as Boston's "next big thing", perhaps surpassing Back Bay's iconic John Hancock tower. We've lined up a couple of projects that we think will without a doubt transform and transcend the city's sprawling skyline (oh let's not forget to mention that these projects aren't anywhere in the vicinity of Back Bay, Beacon Hill, or the South End!).

The Millennium Tower, as planned, will stand 606 feet above the ground and will have 55 floors of residential, commercial, and retail space. Once (and still is) an eyesore to Bostonians, the open hole is now being readied for the construction phase of the massive tower. In fact, the old Filene's basement building is nearly done being torn apart for reconditioning, as it will be used to anchor the commercial arm of the tower building. Millennium Tower is proposed to have about 500 units consisting of both condos and rentals. It will have 518 garage parking spaces, as well as a planned massive retail chain operator on the ground floor. 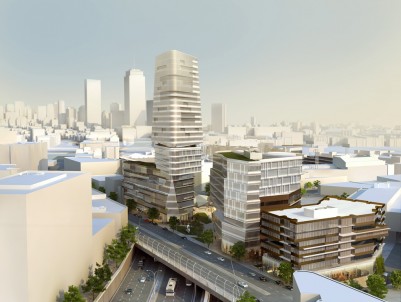 Perhaps the most transformative project to come in a long time in Boston is the redevelopment of a huge chunk of the Fenway neighborhood. Consisting of multiple delicately designed buildings, Fenway Center will be the shining beacon of Bostonian buildings west of the city. The transit-oriented community is poised to have 500 residences, office space, and a Newbury street-like shopping experience on the street level. And with over 30,000 sq. ft of green open spaces, there's still sure to be a lot of walkable area that'll make the three-building development stand out amongst the rest in a mostly concrete-centric area.

From far west, we come to the north. Proposed plans of a revamped TD Garden area in the North End of the city is exciting everyone - with the developers reaching a new conclusion for the site: three new towers instead of two! Originally designed to have two daunting skyscrapper-like buildings, the developers - Delaware North and Boston Properties - have amended their proposals to the city to include a 320-feet tall building with 306 hotel rooms, a 420-foot office office mid-rise, and a towering 600-foot tall godzilla of a building that will have 497 residential units in total. This translates to an addition of more than 170,000 square feet against the original plan. In total, it'll be a 40,000 sq ft expansion of TD Garden, 560,000 sq ft residential, 200,000 square feet hotel space, 202,000 square feet flexible office space, 235,000 square feet retail and restaurant space, and 25,000 square feet of "atrium walking area".

Once completed, there is no doubt that this development will add some much-needed pizzaz in the area, and transform the city's northern-most edge's skyline. 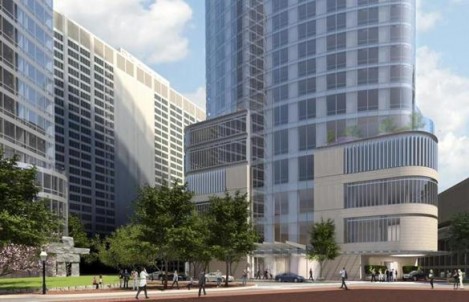 As if this neighborhood doesn't have enough, Boston's Back Bay is yet again set to transform its own skyline of towering skyscrappers. As a matter of fact, this one will completely be the Bostonian building landmark of all-time. Set to rise near the Christian Science Plaza in the Prudential / Symphony quadrangle, the 691-foot tower is poised to become the jewel of the city. The 58-story spire of a building will have 255 apartments, 170 condos, and about 250 hotel rooms, all within its 950,000 square feet of space. Its designer is said to be the same architect of the John Hancock Tower in the 1970s. Though 99 feet shorter than the Hancock, the proposed design of the tower is set to complement the buildings around it, with greenery and open spaces being the highlight of the development. Construction is set to begin middle of next year.