If you're like most Bostonians, you're probably all laid out in that new apartment that found during summer. Your boxes are almost all unpacked, and you've settled in quite nicely at your new place. You've also probably drilled down the basic house rules of your apartment for everyone to break. And of course, like many of Bostonians, you've also most likely have "that talk" with your relatively new-found friend, otherwise known as your roommate.

It should have been a prudent pre-cursor before moving in that you and your roommate/s have discussed how exactly you'll be splitting your bills. And as your living situation enters its first month, it's most likely best to bring up some of the things that you've found unequal or disproportionate with your rental terms with each other, of course totally separate from your landlord's contract. This is something between just you and your housemate/s.

And, as you may already have perused our helpful guide to finding an apartment with roommates, peacefully co-existing with them, as well as a surviving walk-up apartments, we're here once again to give and guide you some advice on how to divide - not to conquer - your apartment equally, since we all know that not all rooms are created equal. 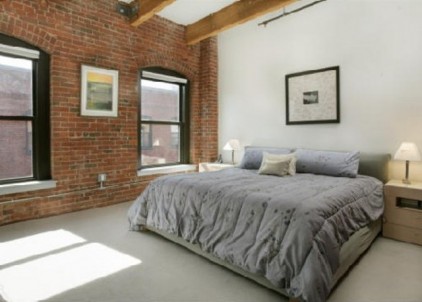 The easiest way to determine whose room should be the most expensive is who has the most space, right? Nope--only sometimes. If there's a small room with a balcony and gorgeous views, yet it's a few feet shorter than the big room with a shared bathroom, those things can equal out.
Take the average Bostonian apartment. The rooms in them are all the same price, even though the typical largest room is around 15'x13' and the smallest is 12'x9'. Importantly, small converted bedrooms sometimes have a massive closet in them, and the convenience of a half bath right outside the room.
Now throw in the amenities of a "flexible" space. (An apartment originally designed to be a one-bedroom split into two bedrooms).
A temporary wall does not necessarily split the rent down the middle. You also need to factor in light and exposure to sound in addition to size. Getting the "true" bedroom to yourself definitely has its advantages in terms of sound (flex walls are notoriously non-soundproof) and often closet space, too.
Sometimes, it boils down to the appliances and furnishings. Some bedrooms might not come with a closet, and only have those plastic container stackables. However, the room might have the biggest air conditioner and the most sunlight in the apartment, so it should still be considered as an upgrade. 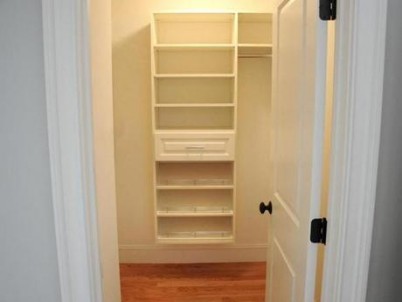 As discussed above, an attached (or en suite) bathroom may reasonably be worth more to you than a few extra feet. If all the rooms are livable and not a shoebox, then chat with your roommates-to-be and decide if the rent can be split evenly.
For instance, with a smaller room that has an attached bathroom and walk-in closet, maybe you can set the value of those at $50/a month. So, if the rent in total was $3,900 for a two-bedroom, instead of the small room being $1,250, the medium being $1,300, and the big one being $1,350, everyone can pay $1,333.
Then again, if your roommates don't see the value in a bathroom, you can adjust to who is willing to pay the most. If someone's budget is a little higher because of a better job and they are willing to pay $1,350, why stop them? It's all about compromising. The claws only come out when someone gets air conditioning and another person only has a fan and a fire escape.

3. If someone's the guarantor or paid a bigger security deposit, keep that in mind.

In Boston, you usually put in one month's rent in advance, a security deposit, and sometimes the last month's rent as well. There are even situations wherein you'll need to prove that you're making or have 30x (annually) the rent to sign a lease, or have a co-signor. All of these count towards advances of payments that you may or may not have readily available - leading to someone putting in more than the others.
If your roommate's parents step up to the guarantor plate or fork over 6 months security, it might be nice to let your roommate have the bigger room without shelling out an extra $100 too. Common courtesy, everyone--keep it in mind!
Similarly, many landlords will put only two people on the lease, and you might wind up being the third wheel who didn't have to submit financial information and take responsibility for the lease. Effectively, if you're not on the lease, you can pick up and go whenever you want (though that's never a good idea), leaving your roommates on the hook. It wouldn't be out of line to show a little rent-splitting gratitude for your roommates' responsibilities.
At the end of the day, know what you can afford, talk it out with your roomies-to-be, and be ready to adjust again once the lease renewal comes around next year.