o, we filled you in on how the summer real estate season heated up and how it faired during the hot months of June to August. Rents were - yet again - at an all-time high, properties were selling swiftly, and buyers were clamoring for more. Demand was extremely high, yet supplies were scarce. One- and two-bedroom units, both for sale and rent, were trading up in the market like Boston hasn't seen in the past seven years.

Now that the leaves are starting to turn, and we're well into Autumn - let's explore whether the market has also "cooled down" with the temperature, and see if the there's also a change in inventory as a new realty season cycles back up.

And just in case you're still in the look out for an apartment in the city's hottest areas, let's examine the current median one-bedroom rents in the Downtown Boston neighborhoods. For Back Bay, you can get a single bedroom for $2,350; surprisingly slightly down is Beacon Hill coming in at a cheaper $2,100. Not to be left in the race for highest rents is the West End with a whopping $2,725; however, and not surprisingly, the highest median one bedroom rent goes to midtown Boston where the Financial and Waterfront Districts are, where a one-bedroom apartment rental would set you back a staggering $2,995! Chinatown, Bay Village, and the South End round up the "high rents" with rents at $2,300, $2,450, and $2,488, respectively.

In terms of two-bedroom apartments, it's not surprising that a different neighborhood holds the crown for the highest rent: Chinatown & The Leather District reigns in with two-bedroom rentals having a median of $4,133 this month. Of course, at runner up place is the Financial and Waterfront Districts at a flat $4,000. A couple of hundred shy is Back Bay and Bay Village at $3,766 and $3,475, respectively with Beacon Hill, West End, and the South End rounding up the two-bedroom $3,000 range rentals at $3,283, $3,180, and $3,000 respectively. And perhaps not ironically as well, the North End has the "cheapest" two bed rentals medianly priced at $2,700.

And just in case you're wondering about the other areas, here's a look at the median one- and two-bedroom rental rates across Greater Boston: 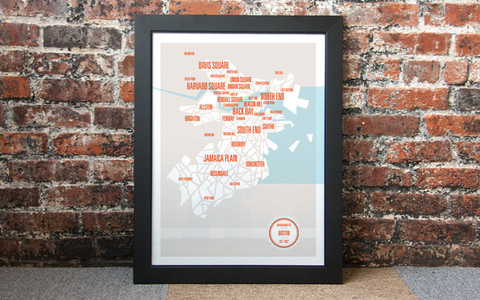 Historically, October rental rates usually reflect the "normalized" rental prices until the New Year for January 1st move-ins. At this time, there is a slight chance that prices may increase at an average of 3-5% from Fall rental rates, but with the fast turnover of developments and rental buildings in preparation for next summer's rental season, renters who are aiming to move after the holiday season might get a reprieve and rates will likely to stay as is compared to the current season's prices.