As fall season continues on, it seems that temperatures aren't the only ones getting lower.  Shares of over-ask offers in nine key Boston condo markets dropped to almost 50 percent - 47 percent to be exact - of sales in September, down from around 53 percent in August and 55.9 percent in July. Also, only 25 condo sellers in these markets took offers of more than $50,000 over asking in September, about half the amount of sellers who did so in August.

The nine key Boston condo markets include: Back Bay, Beacon Hill, Brookline, Cambridge, Charlestown, Jamaica Plain, Somerville, South Boston, and the South End. Noticeably, the North End stands out as the key neighborhood that does not below to this list, as properties for sale in this district are tighter than ever.

As in the past, the temperature of over-ask prices differ by neighborhood. Surprisingly, Back Bay is still the neighborhood voted least likely to garner an over-ask, and in September only 10 of 38 Back Bay sellers went home with more than they had asked. Moreover, Beacon Hill still remains a tough over-ask market if you're convincing condo buyers to pay more than the list price. 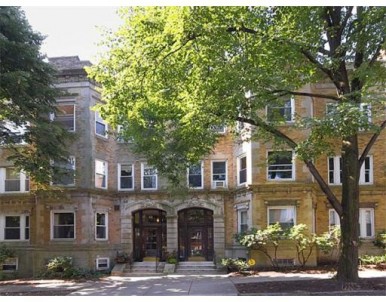 One can assume that because of the still-tight inventory, prices would be higher. However, due to the lapse in the sales after the peak of the summer buying and selling season, property prices have become stagnant. Negotiating prices for existing homes are likely to fetch below-asking, however newer units tend to fetch higher asking, as demand for these newer units are greater - without considering the location of the property.

However, in spite of the little loss of enthusiasm for the general market, Brookline sellers seem to withstand. 77 percent of Brookline's September sales were for more than the list and asking price. In addition, of the ten September condos that sold for at least $100K over asking across these nine markets, three were in Brookline, including the highest over-ask of the month, which went $215,593 above the list price.

And though over asking prices seem to retreat for the time-being, property prices remain steep and competitive. Home prices continue their ascend to their seven-year highs, giving potential buyers a slim window to work with - at least until the rush of the buying season perks back up in the spring.