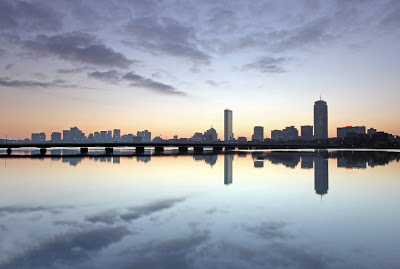 As if the Sox making it to the World Series and winning Game 1 isn't enough good news, it seems that Massachusetts is enjoying even more positive vibes, as more single-family homes were sold in the state and the city last month than in any September in the past eight years.

Driven by still-low interest rates and more a swelling number of qualified buyers, with short supplies adding to that, the Massachusetts Association of Realtors shared data that indicated median prices have also surged, up to pre-recession levels in some communities. Specifically, twenty-six communities are now above their pre-crash high for median price and others are closing in on previous highs. The 4,358 single-family homes sold in Massachusetts last month was 16 percent higher than September 2012, and the most since September 2005.

September closed sales and prices was another example of buyer demand outpacing housing supply and that resulted in the most closed sales in a September since 2005. Interest rates are still low and qualified buyers are still there, but what we need now to get to full recovery is those sellers who are holding off, to make the commitment to sell.

Not to be outdone, condominium sales showed similar improvement, as figures report a 19 percent jump in year-over-year sales, and a nearly 8 percent boost in median prices. Specifically, 6,615 condo units were sold in this period compared to 6,056 during the third quarter 2012. Looking at year-to-date data, condo sales are up 4.8 percent, increasing to 15,373 from 14,665 during the same periods last year.

Interestingly, a separate study commissioned by a Boston-based real estate firm reported a more modest jump in sales of about 12 percent, and a 7 percent spike in median price. However, whatever the case may be - data seem to resound the positivity that surrounds the city this third quarter.