Boston's streets might be getting cold, but the real estate in the city is still sizzling hot. This comes as the Boston Redevelopment Authority has approved more projects in the past week. In total, the projects the BRA gave the green light to will add an additional 850 units in the city's key neighborhoods. Another highlight to last week's pronouncements was the approval of the long-awaited and much-delayed Copley Place Tower which will give significant number of floors to the mixed use city center.

Specifically, the BRA approved Copley Place's 52-story spire plan that no doubt will eclipse the Public Library, as well as enhance the number of skyscraper buildings in the Back Bay. The tower will be host to 433 rental apartments and 109 condominiums, with more than 500 basement parking spaces. The building is also poised to be one of the tallest buildings in the city. The project was originally slated to be completed by 2010, however the recession prevented the groundbreaking, and like many projects, the plans did not see the light of day until late last year. Needless to say, Bostonians are looking forward to this development, as it will definitely enhance the Back Bay's skyline. 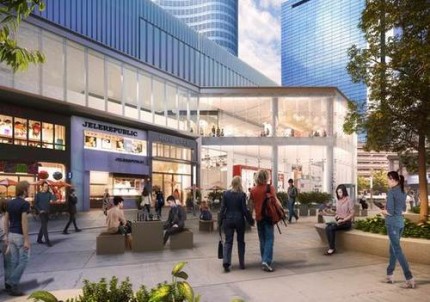 Not to be outdone, the South End - already having seen more than 20 projects approved just in the summer of 2013 - also has another development that was green lighted, however this time to serve the commercial space-seeking community. To be situated on picturesque 80 East Berkley Street, the said development will have more than 300,000 square feet of space on its 6 upper floors, and retail and restaurant space on its first floor. Once completed, this no doubt adds to the bulging community of the South End as start ups and neighborhood offices begin to crawl throughout the city, and delving away from once seedy areas. 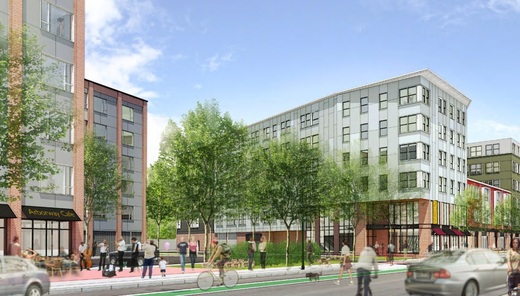 Another ambitious residential development on the rise is Jamaica Plain's 283-unit projected dubbed 'The Commons'. Located near the Forest Hills MBTA Station, the project, will include retail space and a public park totaling to 7,960 sq ft, and is part of an ongoing initiative to gentrify the neighborhood and develop the MBTA terminal into a full community-based neighborhood. This, in conjunction to the latest developments in the JP area (most notably 225 Centre Street), will surely complement the general district's overall gentrification and redevelopment. 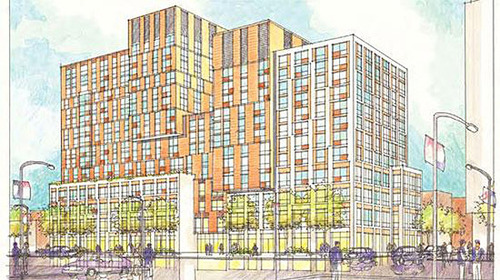 Last and certainly not the least of the latest BRA-approved projects is Fenway's 'The Viridian'. The project is an 18-story tower slated for the very busy neighborhood of Fenway, right along 1282 Boylston Street. The 348,235-square-foot project will rise to 18 floors and include 322 apartments. It is also slated to have 15,000 square feet of ground-floor retail as well as 295 parking spaces. The Viridian replaces an old McDonald's lot, and is the latest to join the Fenway development boom.

On other news, if you're a downright Downtown resident in Boston, you would be pleased to know that the once "weekday-only" district is vastly evolving into a 24/7 bustling neighborhood. With the addition of round-the-clock convenience stores, services, retail and entertainment components, the scene in Downtown (aka Financial District) is evolving. In prior years, the Financial District was seen as a cold and harsh district to walk past 6'o clock at night, since the area is closed down because of the primary nature of its clientele: the office 9-to-5 folk. However, the two years' resurgence in real estate and project development has transformed Financial District to a genuinely mixed use community serving not only businessmen, but also residents of nearby residences.

There's no doubt in our minds that Millennium Place and Millennium Tower investors are choking in satisfaction of this news.