It's Thanksgiving week, and in the midst of all the family festivity planning and turkey day celebrations, your home is the most important - if not crucial - element in it all. It's where you'll be welcoming guests and serving those carefully-made meals. And regardless of whether you're hosting or attending, the home is central to holiday celebration. And so, this got us to wonder - how many celebrating homes out there are filled with happy homeowners and how many are ones with rejoicing renters? Most importantly, who is happier of the two?

Turns out both measure out the same. The rent-or-buy debate typically revolves around money, with the buy camp winning more often than not. It's hardly surprising that, even after the housing crash, most young Americans still aspire to own a home.

But will it make them happy? Granted, it's tough to measure. Other variables shove their way into the merry mix.

Renters: There's no mortgage hanging over with the mistletoe

Now everything, not just where you're going to live, hangs on making that payment. Don't forget the nest egg used to make the original down payment. There's more at stake with a mortgage payment. Whenever you have more at stake, it's obviously more stressful.

Even when times are OK, and finances aren't critical, the potential threat of losing everything someday to foreclosure can overshadow some of the positive feelings associated with owning. Research shows that the punch of anything negative is bigger than the pleasure of anything positive. This would suggest that the stress or worry associated with debt is more painful than the pleasure you get from owning.

After controlling for income, health and housing quality, a 2004 survey found that homeowners spent 4% to 6% less time with friends and neighbors than did renters. Not only that, the homeowners also experienced more negative feelings when with other people. So far, experts studies reveal that contrary to the belief that homeownership fosters more involved or better family lives. It actually points to less active and less enjoyable social lives.

It's not infrequent that first-time homeowners have a sense of "feeling trapped" once they have settled in to their new home. The feeling or just being able to up and move from lease to lease disappears.

A British economist famously found that countries with low levels of homeownership also enjoyed lower unemployment rates; workers were able to move to take the best jobs. When you consider what psychologists know -- that variety and new experiences are what make us happy -- it's little surprise that homeowners can, at times, find themselves envying the flexibility renters enjoy.

It is, after all, only human to want to have varied experiences to sustain happiness. 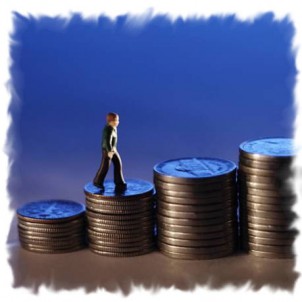 Are homeowners wealthier because they own a home? In many cases, yes. Homes offer a kind of forced savings strategy for middle- and low-income earners, who often have little cash left over after making the rent. But it's also easier for people with money to buy homes. The combination of the two puts homeowners well ahead statistically.

Homeowners: They're healthier, if they're current on their payments

There's a Harvard University research together with the Joint Center for Housing Studies that in 2001, they gave the win, by a nudge, to homeowners for better health. Although data from the study showed no positive connection between homeownership and health, researchers from the National Study of Family Health found that homeowners gave themselves better self-assessments for physical health.

The researchers did, however, add this caveat: Homeowners' health was better only if they're current with their mortgage payments.

Homeowners: They have higher self-esteem

In what reviewers called one of the strongest studies on the topic, a whopping 85% of new homeowners said that their self-esteem improved after purchasing a home. Self-esteem is defined as a person's judgment of his own worthiness. Self-esteem usually gets a boost when someone accomplishes a goal, or senses he is doing better than other people. It is also strongly influenced by what other people think, and in America homeowners are held in higher regard.

Still, the same study found no measurable difference in self-esteem between renters and homeowners when it was measured by researchers, who concluded that self-esteem may be too deeply ingrained a character trait to change much.

Outcomes, however, do suggest that homeowners may already possess higher self-esteem. Research from the U.S. Department of Housing and Urban Development found that among low-income families, the children of homeowners performed better in school and were more likely to graduate.

Homeowners: More Involved in the Community

Historically, research has landed on the side of homeowners being happier here.

The sentiment -- long a selling point for real-estate agents-- has been that homeowners are more involved in civic and religious groups and are more likely to vote. However, as more people rent -- 35.4% of Americans today -- some studies that control for factors such as age, income and education level are revealing that ownership status alone may not dramatically affect a person's engagement level after all. 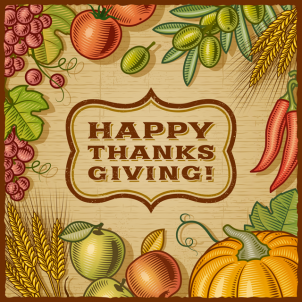 So - who's the happier home? Neither edge out the other.

While the prior happiness studies do control for income, it's important to remember the toll that financial stress can take.

It may seem like a no-brainer that unaffordable mortgages negatively affect people's mental health, even when their monthly housing payments haven't risen. But here's a finding from years of happiness research that many don't know: The thrill of a new experience -- even buying a dream house with great views and marble countertops -- quickly wears off. People adapt, and even while they're happy with the house, their overall satisfaction with their lives stabilizes.

So while it's true that homeownership can build wealth, and that wealthier people tend to be happier (until their basic needs are met, then the rates level off), being a renter also gives certain freedoms that homeownership can't. And regardless of if you're a homeowner or renter, the important thing is that you have a roof over your head and remember to be thankful for it.