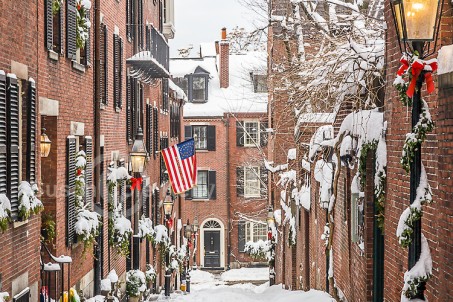 As 2013 ends, we in the real estate industry have been fortunate enough to witness the city's climb out of the recession; in fact, it is well within striking distance of a pretty big landmark. By the end of next year, if not before, the Greater Boston area will have recovered all the real estate value that vanished when the bubble burst and Great Recession hit.

How exactly is that about to happen?

Well, this year has been a start of a rosy buying and selling season, that seems to spill over to 2014. You see, Boston-area real estate values peaked at $604 billion in 2005, before going on a six year soon that bottomed out at $502 billion in 2011. Since then, the real estate roller coaster has headed back up, and back up sharply, soaring $46 billion alone in 2013 to $568 billion. A repeat performance in 2014, or anything close to it, will bring us back to peak values in 2005, which stood at $604 billion.

You have got to be wondering whether this recovery is all "too much, too fast". Some would even go as far as say that the startling speed with which prices are coming back seems "very bubbly". The $46 billion jump on real estate values across the Boston area we saw in 2013 eclipsed even the $22 billion run up from 2004 to 2005 as the housing bubble reached its peak.

But with skyrocketing consumer confidence, increasing number of home repairs, record-low unemployment levels, and a staggering number of developments going up almost every month - the "bubble" might be just a bust of an idea. Nationally, prices are also rising and are well within the rates the city is experiencing.

So, what's the take away? Well, there's two. If you still want to buy at bargain prices, there's no better time than scouting for some properties during the "off-season" period of the year (i.e. winter); you might not be getting a steal, but at least you won't be losing out riding the wave just yet. Lastly, another takeaway would be for all the sellers or at least those considering it: if you're out to make the most, there's no better time to sell than now. But if you're still uncertain about letting go, Spring is always only a few more months away.