Though it seems like Spring is so far away from now, people and pundits alike are already thinking of how the year will be for real estate transactions. If you're thinking of selling, now is the best time for you to be organizing the steps you'll need to take to cash out on your property. If you're investing, perhaps the beginning of the year is the best time for you to find out what you're pre-qualified for, to help you narrow down your affordability search. This is especially important nowadays, when 2013 saw such a surge in home values across the country. The only difference - most everyone agrees - is that for this year is, prices will increase more slowly, giving property hunters a wider window to work with.

First thing's first: everyone agrees that home prices will rise in 2014, albeit at a slower, more steady rate compared with the past two years. Why?

Well, the housing recovery has pushed up home prices nearly everywhere. In the past year, home prices rose in 225 of the 276 cities monitored by real estate data and analysis agency Clear Capital. Prices nationwide increased  by 10.9 percent, pushing the median price for existing homes up by $30,000, to $215,000. For people who have waited to sell their home or refinance their mortgage, that's good news.

Rising home prices in Boston enabled so many homeowners to refinance their first mortgage last summer and pay off a second mortgage that had an 8.2 percent interest rate (this is why foreclosures in the Bay State are at an all-time historic low). 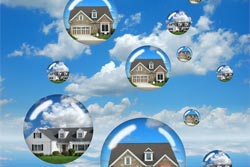 What's ahead In 2013, a sense of urgency drove traditional buyers hoping to take advantage of still-affordable home prices and historically low mortgage rates. Buyers found selection limited and were often forced into bidding wars with investors and other buyers who paid cash. Sellers reaped the rewards in terms of quick sales, often above the asking price.

Almost half of the 276 cities tracked experienced double-digit increases in home prices, led by Las Vegas, with a gain of 32 percent (Boston at 10.6%). Such spikes reflected a continuing correction to the overcorrection. Buyers and investors rushed in to snap up homes with prices that had fallen too far. Homes continue to be affordable, despite recent run-ups -- on average, prices are still 31.5 percent below their 2006 peak. The percentage of monthly family income consumed by a mortgage payment (assuming a mortgage rate of 4.1 percent) is just over 15 percent, on average, compared with 23.5 percent in mid 2006, signaling property's affordability compared to peak levels.

Market observers agree that home prices will rise in 2014, but at a slower, more steady pace compared with historical trends. Forecasts tell us that home prices nationally will rise by 3 percent to 5 percent in 2014, about the historical average. You can even say that in terms of notability, the most notable real estate trend for 2014 is that it will be "un-notable", since it will mostly be an echo of 2013.

However, not everyone agrees that the year will be "un-notable". The Conference Board, a nonprofit association of businesses, found that the percentage of consumers nationally who intend to buy a home in the next six months was the highest since 2000. Adding to the push: pent-up demand among young people who, hampered by lack of jobs or insufficient income, have been living in their parents' basements or sharing apartments with roommates.

As home prices continue to rise, more owners who had been underwater -- meaning that they owed more on their mortgage than their home was worth -- will emerge from the sidelines and start selling and buying homes. 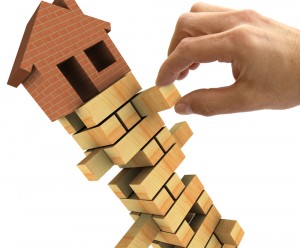 In 2013, sales of existing homes and condos rose by 11 percent, to 5.29 million -- almost the highest level in four years. The National Association of Realtors expects sales to remain about the same rate in 2014. Sales nationally have increased across all regions and in all but one price category (properties $2 million and up), signaling a broad-based recovery.

Although sales of entry-level homes (priced at $100,000 or less) have fallen by almost half in the past year in the West, they're still rising in the Northeast, where the job recovery has lagged behind other regions. Sales of homes priced between $750,000 and $1 million have risen the most.

Nationally, the supply of homes for sale stands at five months' worth. (Months' supply is a measurement of how long it would take to sell everything at the current pace of sales. A market balanced between buyers and sellers has about six months' supply of homes.) The current level slightly favors sellers, but in many cities inventory is much tighter. For example, the Boston Metro area had about a months' worth of supply in September. Experts say the housing market has moved toward a shortage. This will persist through 2014.

Why is inventory so low? In some cities, institutional investors have been scooping up properties to rent out. Plus, builders cut way back on new-home construction during the bust, and homeowners who bought at the top of the market are still reluctant to sell until they can recoup more of their investment. Some are still underwater, unable to pay off their mortgage with what they'd get for their home.

In Boston, home prices didn't fall as bad as other metro areas during the economic downturn however, longtime homeowners reaped little or no profit when they sold during this time. But with the housing market's rebound, sellers' prospects have improved. Boston property owners last year saw the fastest turnover of their investments in years, with some homes going under agreement in just 2 days, influenced by the influx of "sleeping investors".

However this influence will wane as the fewer properties become available (or even disappear!) in 2014. Once, whole the city was ripe for the picking, but investors must now dig deeper at the neighborhood level, exposing areas that are a little bit farther away from the city, but still close enough to be attractive. That's a job probably best suited to smaller numbers of local investors who know their markets best, or are working with highly-knowledgeable real estate agents. 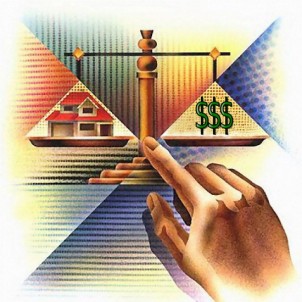 Where will new supply come from? Most people who list their homes for sale expect to buy another one, so it's a wash in terms of net inventory since they'll just be gobbling up one after another. According to the National Association of Home Builders, just less than half as many homes were started this year as in a normal market. The agency forecasts that a normal pace of housing starts won't resume until late 2015. Tight credit, land and labor, as well as rising costs for materials, are constraining builders.

Distressed properties are still adding to the supply of homes nationally, but foreclosure filings are falling. In fact, Massachusetts saw its lowest levels of foreclosure filings in 2013. This is because fewer homeowners are losing their homes as the economy improves, home prices (and home equity) rise, and lenders agree to more short sales.

And so, if we were to summarize our own outlook for real estate in 2014, we would likely advise bargain hunters to start their search early, and sellers to market appropriately. We are, after all, in the home stretch of getting through the economic crisis, and getting the buyer-seller balance back to the normal real estate sales pace is important to keeping the industry - including its participants (you!) - happy throughout the coming year.