Generally, the words "exciting" and "suburb" are never uttered in the same breath. In fact, if you look at recent pop culture-particularly coming out of the 1980s-suburbs are set up to play the proverbial second fiddle to their bigger brethren. They're shining beacons of the boring life, where the biggest thrills include mowing lawns on the weekend and picking the kids up from school on time.

Only that's no longer totally true.

Though most Bostonians already know this, the city's life doesn't depend solely on the the streets of the City of Boston alone. Though there are tons and tons of developments happening right now within the great expanse of neighborhoods that compromise Boston - there are, more so, developments happening around downtown itself. In fact, if you were to look Boston as a whole, you might find that the city sleeps well within the hours of its operation, and come to the conclusion that nearby suburbs offer more to do at night than the city itself.

That indeed seems to be the case, as a leading real estate website has just named Cambridge and Quincy as America's most happening 'burbs across all states of the country. The two 'burbs are also the only places in the Northeast that made it to the Top 10 list by Movoto. Here's the complete ten rounded down:

WHAT EXACTLY MAKES THEM "EXCITING"?

There were several factors that led to the pronouncement of Cambridge and Quincy on top. These criteria are deemed necessary in order to provide a lifestyle that does not restrict residents to home entertainment alone. In other words, each suburb in the US were subjected to a rigorous "lifestyle check" that provides options and opportunities to still live a city life, without necessarily being in the "hottest" zip codes. In particular, these criteria of factors narrowed down the results, closely considering other conveniences offered in cities near them: 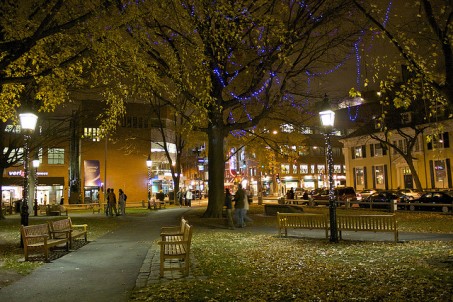 What Makes Cambridge So Cool?

When most people think of Cambridge, they either a) picture classrooms full of students at Harvard and M.I.T. with their noses buried in books, or b) say "Hey, isn't that in England?" From now on, when we think of this Boston suburb, we're going to think "excitement."

True, a big part of Cambridge's success in this ranking has to do with the fact that it's home to not one, but two top-tier universities. Its population of 18- to 34-year-olds is, as a direct result, a whopping 49 percent, easily clinching a 1st place win for the city in this criterion by nearly 6 percentage points. Cambridge was also in the top 10 overall for active life options, live music, and nightlife.

Cambridge has one nightlife option for every 1,002 residents, and when they're spots like The Druid and The Comedy Studio, that figure gets even more exciting. The city also ranked in the top 10 for its low percentage of fast food restaurants compared to all dining options. This means your tastebuds will be subjected to fewer McDonalds and exposed to more A-grade eateries like Hungry Mother and Craigie On Main. 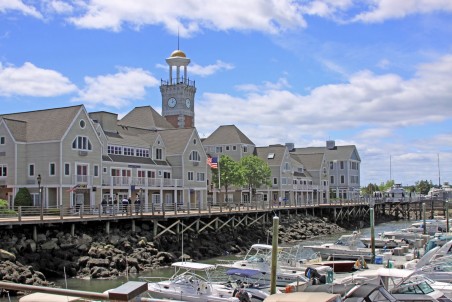 What about quintessential Quincy?

Excitement clearly runs in the Boston area family. Located not half an hour from our No. 1 most exciting suburb, Quincy is nevertheless far enough away that it has its own unique scene. It's one that, for instance, relies much less on a young population to get the fun times rolling, as its 13 to 34 crowd makes up a (much) smaller 27 percent of its populace.

Despite the drop in our most exciting age group, there's still plenty to keep the days and nights hopping in Quincy. It placed fifth overall in terms of active options with spots like Olindy's standing out, and a respectable 25th for live music and nightlife. So, whether you want to belt out some questionably-in-key karaoke at Fuji 1546 or down a few pints at The Fours, you won't be wanting for evening activities. Plus, any town that has a restaurant called The Fat Cat among its huge 96 percent of non-chain dining spots gets a thumbs up from this feline-friendly blogging crew.

So, if you're on the hunt for a new place that's close to Downtown Boston but gives you a better breathing room, you should definitely consider these two star suburbs that Metro Boston has to offer.