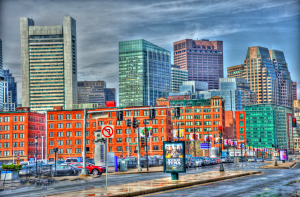 If you've ever been to South Boston in the past two years, you would've undoubtedly noticed what seems to be a sleuth of construction work, block per block. This is what happens when a city is getting bigger: it expands horizontally into neighborhoods that once exclusively housed industrial space. And though Southie is booming at a dramatic pace, there's a sub-neighborhood within it that has the city talking - and not just because of the sheer number of projects upcoming, but also because it is poised to be a "new community that serves as a self-contained city within the bounds of Boston". That is what the vision for the Seaport District is. 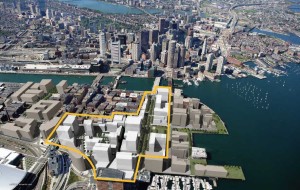 If you were to jump back even as late as three years ago, the Seaport District was one open and dead space, full of legal offices, and a myriad of industrial operations. Fast forward today, the Seaport District is now home to the newest and hottest strip of restaurants, ultra-luxurious condominiums, and the site many trend- and tech-setting companies that fuel innovation in the bio and tech industries.

Last month, a third annual "State of the Seaport" was held, this is an event where many of the most active Seaport players discuss what's going on in Boston's hottest locale for new development. Take a peek at the interesting insights regarding that was discussed for the Seaport's residential component development:

These insights are just a taste of how the Seaport is changing the real estate sector's view of properties in Boston. With the build of the city within city, we're sure that the Seaport will bring more than just a change in insight, but a change in the residential dynamic in terms of how pocket neighborhoods will be central to those with aspirational lifestyles, and play host to the growing population of the city who are looking for the conveniences modern city living.