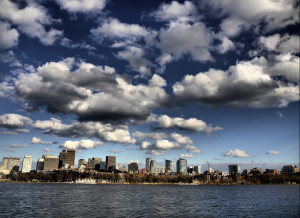 Most people understand that if there's ever one thing that can foretell the future, it has to be the past. History, after all, repeats itself. At least that's the case for the Boston real estate market this past March. As the city gears up to enter its peak buying and selling season, sales of properties have been hot and cold - perhaps an indication of what is to come in the next couple of months.

In particular, statewide sales of condominium units yet again edged out sales of single-family homes. Is this going to be the trend for the next coming months? Let's take a look at the hard numbers:

It is the fourth consecutive time in five months that single-family home sales have dipped, clocking in almost 8% less than figures from last year. Specifically, total sales numbered 2,749 ending March 31, down from last year's 2,980 homes sold. Real estate experts say the low inventory of single-family homes is the major reason why sales are falling. The Massachusetts Association of Realtors reported the inventory of single-family homes at the end of March decreased by nearly 14 percent to 16,691 listings, down from 19,695 listings in March 2013. But as sales dipped, prices continued to rise, in part, due to a lack of supply and competition among buyers. The median price for single-family homes sold in March rose to $315,000, up from $290,000 a year earlier, an increase of almost 9 percent. It's the 18th consecutive month that monthly home prices have increased year-over-year. That, in itself, is an accomplishment, even with declining number of hard-to-find single family home sales.

Condominium sales however, have remained strong throughout the winter and early spring months, ending with an increase of 12.6 percent from last year. Ending March with 1,328 sales, this represents a surprising jump from 1,179 units sold in the same period last year. The median price for condos sold in March was $291,500, up more than 10.4 percent from $264,000 in March 2013, its highest level of all-time. Market watchers speculate that this is due to the rise in demand from empty nesters and foreign investors, as well as a growing economy and low interest rates. Still don't believe it? Look at figures from January thru March, where the median price for a condo in the dozen downtown neighborhoods from Back Bay to the West End, increased by nearly 23 percent to $660,000, up from $537,250 one year ago - again, its highest ever recorded price.

In terms of volume, the first quarter saw 592 condos sold in the Downtown, up from 504 in the first quarter of 2013, a 17.4 percent. The hottest neighborhood for sales was South Boston where 128 condos saw closed sales, followed by Midtown with 109 units sold, while the South End came in third with 99 sales. And as expected, the inventory of condominiums on the market in March was down 23.7 percent to 4,733 listings from 6,206 listings in 2013.

So, what do you think? Do figures in March represent what's to come this spring and summer? We'd love to hear from you! Leave a comment below or tweet us @BostonIRE. Like to learn more about the market? Chat with us! Call (617) 505-1781 now for a risk-free consultation.