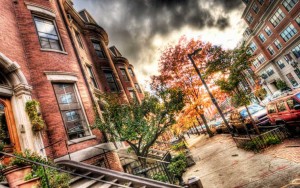 It's no secret that Boston is home to a lot of history. That's why recently, the city was named the "Oldest Home Capital of the Country" by real estate giant Trulia. And with today's state of inventory, we're looking to give you insight and assess whether given the shortage in supply - it's smart to buy new, or snap up seasoned homes in Boston's borders.

To give you a better appreciation of why Boston was named King of Dated Homes, let's take a look at why we hold the crown for having the most number of veteran properties in the country: According to Trulia's national survey of American homes' evolution throughout the decades, a quarter to a third of the homes in the Greater Boston market were built before 1940; illustrating how Boston, as a living thriving city, goes way back in history.

In particular, the survey revealed that the North Shore holds the most number of old homes in the whole country, with 32% of properties in the area built before the year 1900. Boston city proper, on the other hand, places No. 2 on the list, with just under 30 percent of all homes having built before 1940 and almost 10 percent pre-dating 1900. All of this data makes it look like Bostonian homes are ancient. Well, in a way they are and they aren't. Most of these homes have been gutted, totally renovated, or have been carefully maintained throughout the years - otherwise the city would've already condemned them. Some even look completely new, without a trace of age. of course are those however that show signs of age, adding a little history - and for some, charm to the property.

Needless to say, new developments have also taken over a good portion of the city since after the 1980s and are continually reshaping the city's skyline. And however true it is that newer properties are harder to come by nowadays because of the recent recession, they are in fact available -- but for a little, or in some isolated cases - a lot extra, of course. This then begs the question: should I consider buy new? Well, let's look at these factors: 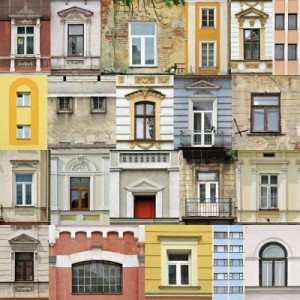 All else being equal, new structures typically command 10% to 15% premiums over similar existing places. You're unlikely to be making an equal comparison, however because of the numerous factors that you'd have to consider. Especially in an old city like Boston, most centrally-located parcels of lots already have existing homes and structures. Newer developments, though there are a few, can be located elsewhere in the city, in areas that are being groomed to be an extension of the metropolis (i.e. Seaport District, South and East Boston, etc.) and are most often priced equally as ones in central locations. One thing we could advice is to check the numbers on both the lot size and the layout and compare the properties' per square feet asking price. A spacious existing home that's overflowing with the current owners' stuff can look cramped, whereas builders use lots of tricks, such as putting in full beds instead of kings or queens and removing interior doors, to make a new home's space seem larger than it really is. Be sure to take these considerations in mind when you're previewing a prospective home.

Most builders today are selling new homes from models or showrooms. Once you agree to buy, the actual construction begins. For new high-rise developments, showroom sales are such a common practice that home buyers sometimes forget that it'll take a while before the unit gets delivered. The upside: There are still lots of ways to personalize the home, such as adding extra storage or creating an office. But the finished product probably won't be ready for six to nine months, which can be tough for those who need to move in soon. Timing the purchase is also a challenge when you're looking at a waiting period - it impacts your financial outlook, as well as other aspects of your life that is comes bounded to your physical location. With existing homes, there's no extended waiting period aside from the paperwork of the transaction, so you can easily plan out your financial and physical whereabouts right after signing (or sometimes before!) the necessary paperwork. In fact, you can even list your current space the minute your offer gets accepted.

After a few decades, roofs get leaky and boilers go bust. You'll spend an average of $18,000 on a new roof, according to Remodeling magazine, and $3,000 for a furnace. But, with newer homes, this is not a concern. In fact, new homes carry lower utility bills. Energy use per house has fallen over the past decade in part thanks to changes to building energy codes, which call for more insulation and tighter sealing, and should fall further in new homes. Some of Boston's older homes are so poorly isolated that energy bills go through the roof. It's a fact that newly-constructed homes on average, is 30% to 40% more efficient than existing homes, making them less costly to maintain since its purchase. So it all boils down to chance if the existing home you're looking at has been well-maintained or needs a little work. Just remember, newer homes will always have an advantage in this category, whichever way you look at it. 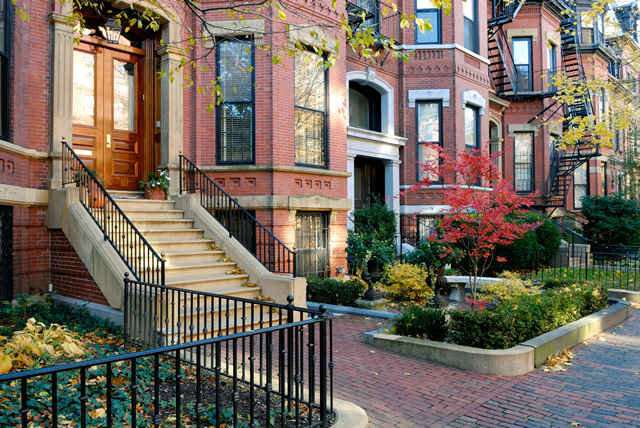 While handy homeowners can reap the benefits of sweat equity (read: fixer uppers), a new home offers very little room for improvements and is likely to sell for about the same price as others around it. New homes are for the most part based on a set of conforming architectural styles of the period they were built in and are confined to price structures of that time. Prefer new? It can pay to buy into a development early, since builders usually raise prices as construction progresses (particularly if the homes prove popular). The risk is that there's no guarantee how the neighborhood will turn out. But if you're buying in an established district - Downtown Crossing, for instance, buying units at pre-selling price and then disposing them once turned over can also lead to profit. Just don't expect it to be as much as when you buy an existing home and do renovations yourself prior to flipping.