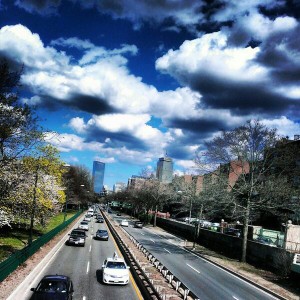 As we reported last month, median prices of single-family homes have hit a snag, particularly trailing behind condominium sales in its fourth month. In that same article, we elaborated how condo sales have been the "savior" of the real estate recovery this past winter season, with units being snatched up from the already-low inventory as soon as listings come in. This pushed condo prices to all-time highs, even passing median home values that of single-family homes. That's also why we shed light on the fact that if this trend continued, it will only be a matter of time when condos might cost too much for willing buyers out there. That time, it seems is fast approaching.

As the spring and summer market takes off, the gentle equilibrium between the price of single-family homes and condominiums must be maintained, otherwise there won't be much to purchase in the market. This is already apparent nowadays. The median price of condos put under agreement in April in the Greater Boston area was $319,000. That's just a shade below the median price for single-family homes put under agreement last month, which weighed in at $320,000.

This then translates to buyers becoming more aware of the options (or lack thereof) they have out there. And there isn't much that fits a modest man's budget. Interestingly enough though, condominium properties have been, in reality, appreciating at a much faster rate than detached homes in the last year. For April, it went up almost 12% compared to figures last year, more than four times the rate single-family homes have been escalating (2.3%)! At this point in time, it is only a matter of time - another month of increase like this will do - when condos will surpass home prices. The real question is: would it be able to sustain it?

Overall, pending sales of both homes and condos were up markedly in April. The number of homes put under agreement set a new record last month and more condos are now poised to change hands, something that the industry hasn't witnessed since the 2007/2008 financial crisis.

And while condos remain popular among investors and first-time buyers, they now face a growing competition as interest from the Baby boomer market - particularly those entering retirement, are helping drive up condo sales and prices. And given the scarcity of entry-level homes, buying a smaller single-family home just isn't a practical retirement move.

The most important thing to remember these days, especially if you're planning to buy, sell, or generally just be in the market for a property - is that condo price increases stem from the overheated Boston market. It will reach an all-time high soon, and at which point will either stabilize or falter. Either way, right here right now conditions would lead buyers to overstretch their already maxed out budgets.