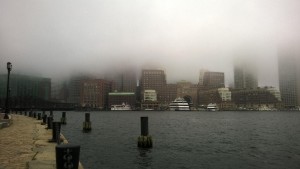 There's nothing better than starting off summer with some good news: overall sales of properties nationwide and in the Greater Boston area have appreciated in April, signaling the return of the summer buying and selling season in the country. Nationally, new home sales jumped by 6.4%, or an increase of 433,000 units sold compared to the same period last year. Though modest, sales of existing homes also faired a little better compared to March, with an increase of 1.4% compared to previous year.

Locally, sales in the City of Boston have also faired well - better than analyst's earlier predictions as combined sales of condominiums and single-family homes averaged 1.75% compared to previous year's figures. A total of 412 properties saw exchanges in the marketplace, with median sales price of $461,450. Most of the sales were buoyed by condo sales, as single-family sales dropped 12%, yet again a sign of the weak performance of properties over the long winter that the city saw this year. Average sales price of single-family homes clocked in at $525,000, an almost 10% increase to median sales price of April 2013.

Though only slightly better than previous month and previous year's performance, the figures are an encouraging sign that housing has shaken off its winter-induced slow down. It's not uncommon to experience this slow down during December-March, especially in the Northeast where winter is usually brutal such that it paralyzes the movement of properties across the New England states.

Alongside the good news for the spring season comes a bit of a sting from the appreciating real estate market, specifically in Boston. In particular, worries about how affordable properties have become are circulating, as median prices continue their upward trend - even during the winter months when virtually there is much less demand. As mentioned above, the median price of single-family homes have hit a five-year high of $525,000 in the city. That's a far cry from the whole of Greater Boston's median price of $332,500.

Realistically speaking, today's local homebuyer must pull in about $110,000-$200,000 a year in order to be able to afford a single-family detached home in and around the City of Boston. A recent article by the Boston Globe shows how affordable exactly homes are for Bostonians, according to their chosen neighborhood. And if you're on the cusp of determining whether you should continue renting in the city or buy your own home, then this tool from the New York Times should give you a clearer picture when calculating whether it's more worth it to buy or rent your place. On average, it's better to buy in the city than to rent - especially if you plan on staying in the property for more than 3 years.

If you are however, not yet in the market but soon will be, don't fret. Analysts predict that the current median prices should stabilize in the next couple of quarters, as more and more properties are scheduled to be turned over beginning fall this year, all the way up to the end of 2016. In fact, this year alone, there will be 1,248 brand new properties that will hit the market. This number is set to radically increase in 2015 and 2016 - with 2,415 and a staggering 5,443 new apartments to be delivered in the next two years, respectively. With these numbers, it's only prudent for soon-to-be buyers to already start looking around to get a feel of the market before embarking on a house hunt.