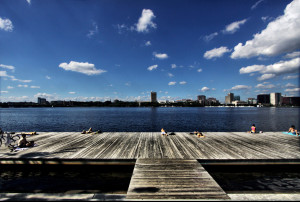 It seems the bitterly cold break from summer is over (hopefully for the rest of the season!), as temperatures climb back up this weekend, giving way to a glorious next couple of days in the city. And speaking of gorgeous days and wonderful weekends - this weekend might be the best time to go out and do your apartment hunt, if you're planning to move this coming fall that is. Rents are red hot right now, and if forecasters are on the right track - which they usually are - rental rates are poised to go nowhere but up as we approach the peak of renting, buying and selling season.

In fact, some Boston neighborhoods have already started their ascent into the "danger zone" for renters, especially those on a tight budget. The Seaport District is on the top of that list, with median rents that go as high as $1,633 per bedroom - that's dangerously close to Back Bay's per room median rent of $1,800. Compared to Back Bay though, the Seaport District holds mostly newly-constructed units, which then makes more sense as to why the area is priced that way.

Aside from the Seaport, another "new" neighborhood that's seeing elevated median rent is East Boston. Compared to last year, rental rates for this fledgling district is up by almost 23%, with a per bedroom price tag of $1,000. This comes as Eastie recently made headlines with regard to its slew of upcoming projects that further solidify the burgeoning future of this once industrial community. Not to be outdone though, the southern tip of Somerville - which borders Charlestown - is also enjoying elevated rents, with rooms going for $1,500 or more. This hike in price may be due to the newly-opened Assembly Square part of town, as it has attracted the attention of high-end buyers and renters. Farther and transit-oriented neighborhoods such as these are slowly but surely gaining momentum nowadays, especially since they capitalize on the "minimal" inventory that's available within the city, which in itself is thankfully becoming a thing of the past, as evidenced by data from real-time listings website RentHop.

Here's the most current rundown on the landscape and affordability of available properties in Boston and its surrounding suburbs (as of today, May 30th): 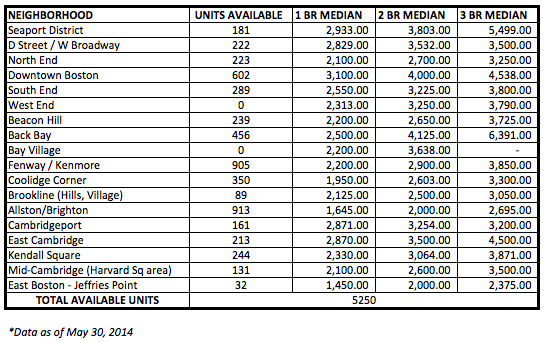 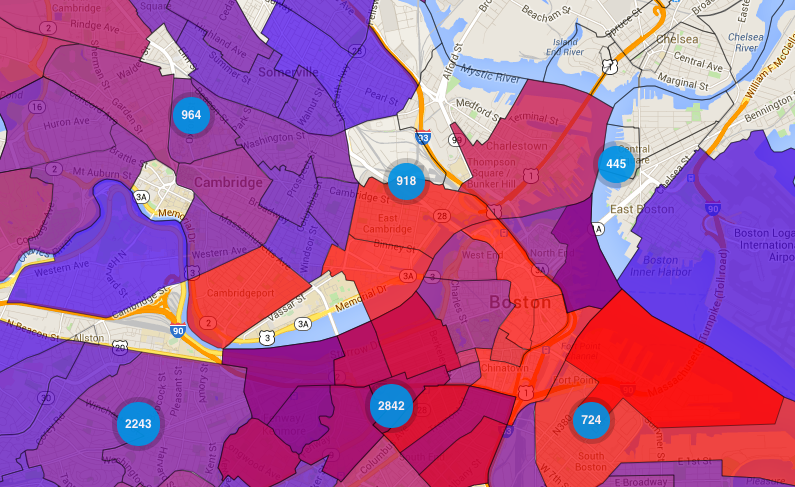