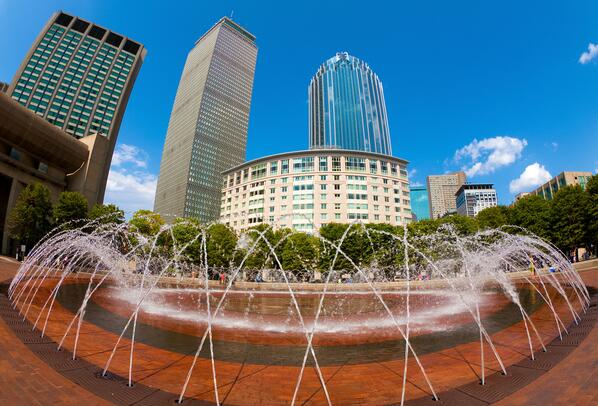 After a weekend full of sports action and fatherly fun, it's Monday yet again and movement is the name of the game - at least for local real estate, that is. The hot summer months of real estate is vastly peaking, and there are certainly lots of movement in the market.

First off, rental rates are at it again. In fact, some might even say that it's approaching a bubble since rents are now through the roof. According to Zillow, average rent in Greater Boston rose more than 10 percent since 2011, hitting an all-time high of $2,077 in the onset of May. That's certainly a whole lot, considering the square footage of apartments currently available in the market.

Yet, there is hope still, rental rate relief maybe on its way, as new developments are either about to debut and deliver this year, as well as construction projects are continually upping the apartment-for-rent ante. In fact, this year alone there are 1,200 apartment units that will be turned over, with another 8,000 on the way for delivery in 2015 and 2016. That's why it's not a surprise that the city's vacancy rate, according to forecast, is expected to jump to more than 50 percent by 2016. Currently, it's pegged at 3.8 percent, a dangerously low number considering demand. So don't lost hope just yet. Patience, after all, is a virtue.

Speaking of patience, let's talk starter homes. At the end of last year, forecasters, as well as real estate experts such us our firm were urging middle-income homebuyers to cut a deal before this year's selling season. Now, it's apparent that our advice would've been well-heeded since compared to April, more and more existing single family homes have hit the market. In fact, fears of supply not quenching the demand have altogether vanished since inventories are able to keep up with demand.

The real shortage now is with starter homes that are within the reach of middle-income homebuyers. One major factor that could explain why "moderately-priced" homes aren't available is the fact that current owners of these properties are waiting to list it in the market in the hopes of fetching a higher return on their investment. That's only a natural instinct in this market, and no one can blame them for it. Another factor is that a fifth of all the lower-priced homes in Greater Boston are still under some form of mortgage trouble, and that's why it's not being listed.  Factoring these two elements is crucial in deterring when middle-priced homes will be available on the market, since they are properties which middle-income individuals can afford.

Our best advice for starter home seekers? Put your financial house in order. The best arsenal you have right now is your credit worthiness. Buyers might not be impressed with your credit reports right now as they're overwhelmed with cash offers, but banks will certainly gleam over the fact that your credit is through the rough. That'll be more than helpful when all of those starter homes hit the market. That, considering all that's been said, might be sooner that you might think.