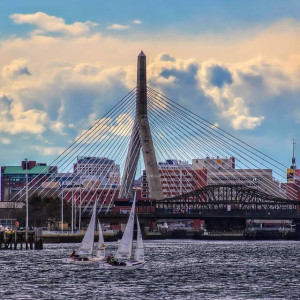 Last week, we wrote about how the median prices of condo units are outpacing that of single family homes currently in the market. Well, this week there's confirmation that thug condos are gaining ground, homes in Massachusetts are continuously jumping, as the the median price of house in the state is now almost $360,000 - reflecting an almost 3 percent jump. To paint things even more rosier, the last time homes hit this median price high was way back 8 years ago, specifically in June 2006.

This home price high is driven primarily by the upwards trend of sales of single-family homes, which rose almost 4 percent in June to 5,795 units. This bit of news is particularly great for the state, as the whole country's average sales increase is only pegged at a slow 2.3 percent. Massachusetts, in other words, has double of that rate. These figures should put a damper on market slowdown concerns, that stem from a series of lackluster sales in the last four months.

In fact, the same can be said for sales of homes in the suburbs. Perhaps one can say that the upward movement in the suburban property market is caused by the ripple effect or spillover of the boiling hot condo market in the city, but it seems that homebuyers are not just seeking shelters in Downtown, but they are also flocking to leafy suburbs outside of Boston's core neighborhoods. Specifically, there has been a boom of sales in the northwestern corridor of I-95 in communities such as Arlington, Winchester, Belmont, and Watertown.

The shift comes after 18 months of condo-concentrated neighborhoods such as East Boston, North End, Charlestown, and Fenway dominating the top of the list of the hottest housing markets in the whole state of Massachusetts, according to Boston Business Journal.

Using a collection of sales and pricing data provided by Zillow.com, the BBJ's quarterly ranking uses a weighted formula to identify the local home markets most -- and least -- in demand in a given quarter, in this case the three-month period that ended June 30. The Q2 research included data for 355 ZIP codes in the state, encompassing neighborhoods from the tip of Cape Cod to Berkshire County.

Topping the second quarter's rankings and making its debut among the BBJ's top-10 hottest communities was the middle-class city of Melrose, population 27,000. According to Zillow, Melrose home values were on a tear in the most-recent quarter, rising 7.4 percent since the end of March and posting a 19 percent gain on a year-over-year basis.

And finally, as we stated last week - condos are responding great too, not only in Greater Boston, but it seems in the whole state as well, as overall sales surged to 11 percent compared to the same period last year with a 1.6 percent increase in its overall median price.Read all about the details of the city's condo spike here.