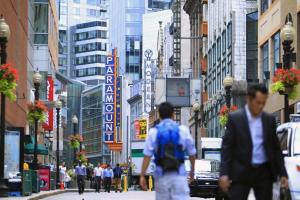 Many things and trends happened over the summer: as expected rental and sale inventories dwindled, more developers announced landmark projects, and more importantly, the real estate market overall has regained its momentum of recovery. In all of this, one predominant thing that definitely changed over the last three months is Downtown Crossing's skyline and mood, as the Millennium Tower is rising up from the ground in a surprisingly steadfast rate - we even have pictures to prove it!

But more than the Millennium Tower's fast pace construction is the neighborhood's positive reaction to all that's going on, proving that the once "hopeless" area in the heart of the city of Boston is desirable and in demand again. In fact, aside from the 60-story, 442 residence glass structure that Millennium Tower is poised to be, there's the reconstructed T station that will serve as the gateway to the neighborhood, as well as revived retail spaces for everyone's enjoyment. 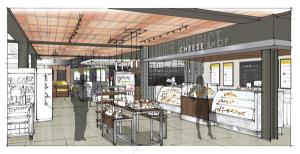 Roche Brothers, one of New England's finest grocers, is set to open a massive 25,000 sq-foot supermarket a year prior to the tower being completely built, setting the stage for a highly-urbanized community in conjunction with existing convenience shops, food establishments, and services already in the area. In the horizon, too, is Primark Department Store, an Irish fashion and clothing warehouse (much like H&M) that will complete and complement the everyday needs of residents of the area, not just of those residing in the tower. 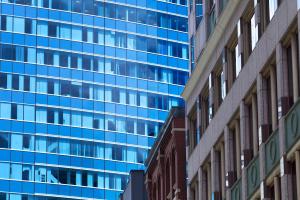 Confidence in the area has indeed sparked up since 2009, when high-end residence 45 Province debuted to the market. Since then, more and more interest has been pouring in to the Downtown district. Plans for a renewed T station matching that of Manhattan's Times Square were drawn, and developers flocked and flooded the Boston Redevelopment Authority with proposals, hoping to catch the then upcoming real estate wave. Not soon after, Millennium Residences came to fruition, and proved that renewed investor confidence - both from buyer and developer side - is all it took to put the neighborhood back on the map.

In fact, that same confidence is so palpable now that Millennium Tower is actually already fielding inquiries, as well as reservations from a select group of brokers in town, prior to formally establishing price points. In other words, well-connected buyers and their brokers can now put a reservation under their name, with the actual total amount still undisclosed from the fact that it's still being developed! That's just proves how much interest there is on the development. Lucky for you, dear reader, we're one of those power brokers you can talk to with regard to hooking you up. Click here to consult with us now, and get exclusive investor access!

Here's a construction update gallery of how the Millennium Tower is faring these past few weeks: 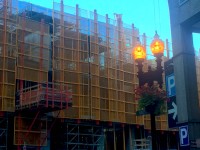