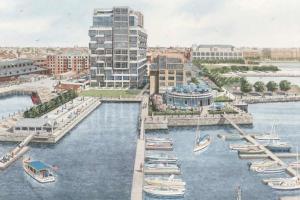 t seems that as the months and the temperature gradually changes to full Fall season mode, real estate developments are also on the move. Changes in trends, and more projects are coming up even as we exit the usually-higher summer real estate transaction months.

A concrete example is how the Boston Redevelopment Authority (BRA) has just approved a 16-story tower on the East Boston Waterfront. The project, to be undertaken by Gerdin Edlin, a Portland, Oregon-based developer, will transform an empty industrial building to a glimmering residential project, complete with a wharf, and and a clubhouse.

According to plans, the tower will have about 16 units per floor, giving it a 16x16 dimension to the project.  In its entirety, the development could create about 259 housing units.

Gerdin Edlin, which entered the Boston market a few years ago, has developed luxury apartments in the Fort Point Channel area. More details of the project will be released in the coming weeks.

NEWTON IS NUMBER 1 CITY TO LIVE IN THE U.S.

In other news, two Massachusetts cities made it to the list of the Best U.S. cities to live in. The City of Newton is enjoying another day in the sun, as website Wall Street 24/7 just proclaimed it as the top-most desirable (that's right we're No.1!) city to live in the whole country! That will definitely contribute to Newton homes having an additional and healthier, albeit small bump to home prices.

Newton has been in the sun for its ultra-desirable living conditions. In fact, rent.com ranked Newton as the best city in the United States for couples just a week ago. 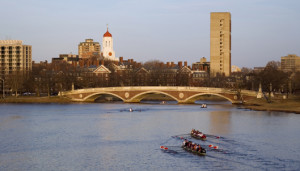 TOWNS WITH THE HOTTEST CONDO PRICES

And speaking of other towns, let's take a tour of the towns with the hottest condo prices right now.

It seems Cambridge and Davis Square must take a seat and yield on this one. Apparently, both aren't the only condo hotspots here in Greater Boston anymore.

Plymouth, Lexington and Everett all have one thing in common: Double-digit increases in condo prices - more than 20%, in fact!

Plymouth seems to be the 1st placer in condo price this year,  with a more than 50 percent increase through the end of July. Plymouth's median price is now over $358,000, with 100 condos sold so far this year.

Next up is Everett, which, after today's decision by the Massachusetts Gaming Commission to let Steve Wynn build a $1.6 billion casino in the city, could soon become Las Vegas East. The median condo price in the old industrial city on the Mystic River has jumped more than 34 percent, to $236,500. 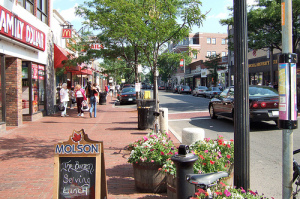 Just 12 miles to the west is Lexington, one of Boston's most historic communities along with being one of its most affluent suburbs. The median condo price in Lexington is now $575,000, after a 32.6 percent increase.

Next up is Melrose, a middling suburb just north of Boston where the median condo price is now $290,000 after a 32.4 percent increase.

Now it's time to head back towards the city to Allston, one of Boston's most diverse and vibrant neighborhoods, as well as Boston's college-student capital. Allston's median condo price just hit $357,000 after a 28 percent increase so far in 2014.

So, if you're looking to buy brand new away from Downtown, these cities are certainly worth looking at. While Cambridge is still ideally close, it does have a higher median condo price of  $566,500, and even Somerville falls within that, with a median price of $475,750.