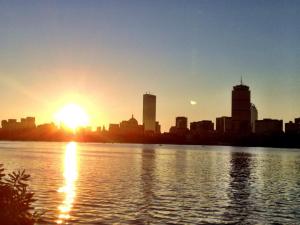 As Fall season fully settles in, there's a lingering question on everybody's mind: how did the local real estate market perform during the last month of the summer season? Well, to answer this question plainly, Greater Boston did fairly better than expected as it picked up from a first half year that was so-so compared to last year's sudden boom and return from recession.

Generally if you look at the big picture and yearly totals, Greater Boston's performance for is still very positive. Month to month, there are some highs and lows - August being one of them - but these ups and downs are uncommon in a balanced market. Some analysts and (pessimistic) real estate pundits think that this is a sign of bad things to come, but in reality these are as normal leaves changing colors - it's just been so long since we've experienced and seen a balanced market that a lot of real estate practitioners are watching the numbers with much trepidation. The most important metrics to watch are the number of inventory and prices, as well as days on market and month's supply. That being said, let's get down and dirty with the numbers:

The Median Sales Price was up 3.7 percent to $539,000 for single-family properties gaining $19,000 from last year. Condominium Median Sales Price was also up by 3.4 percent to $429,996, adding almost $14,000 from last year's figures. Months Supply of inventory increased 8.2 percent for single-family units but was down 11.4 percent for townhouse-condo units.

According to the Greater Boston Association of Realtors (GBAR), sustained job growth, lower mortgage rates, and a slow rise in the number of homes for sale appear to have unleashed at least some pent-up demand. Since housing demand relies heavily on an economy churning out good jobs, it's encouraging to see the nation's second quarter GDP growth revised upwards to health 4.2 percent. Additionally, stronger-than-expected job growth in recent months have painted a rosy outlook for the real estate industry, as more and more families and individuals seek to better enrich their lives - with property being on the Top 3 list of purchases a good majority of the population will make in the next three to five years, barring any significant increases in mortgage rates.

As a last note, you can easily observe that as common sense would dictate: that as the number of listings continue to decline, the higher the median sales prices will be. It's a good thing then, that Greater Boston's supply is sufficient, at least to satisfy the market's demands (read: no bubble in the works). Honestly, if you're on the fence on making a property purchase decision, we're projecting that the next year will be the best time to do it. Remember that as the economy continues to improve, the less likely you'll find choice properties as more and more people take them off of the market. So if you have resources to invest now, then we suggest you do so.