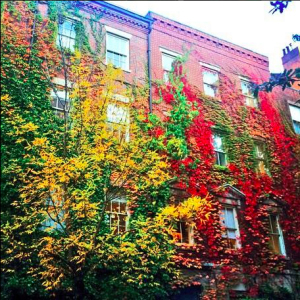 Now that the fourth quarter of the year has started, there's perhaps a lingering question on investor's minds that can now probably be best answered: what will the last quarter of 2014 hold for the real estate market? More precisely, what promises and potential does it bare for the Downtown Boston condominium market? Well, if 2013 was any indication, the last quarter will yield not only an increase in holiday sales, but also a well-performing condo investment climate.

Looking back at Q4 2013, there were almost 1,000 Downtown condos that went under agreement during the last four months of 2013. If you're going through the figures by holidays, you'll see that one-day condo sales performed best during Halloween (12 closed), Thanksgiving (6 closed), Christmas (5 closed), and the week before New Year's Day (45 closed) - needless to say, these days saw a lot of merrymaking! If this trend were to carry over to this year, we'll see an inflated number of closed condo properties, particularly in the Downtown Boston area.

Another upbeat assessment for the condo market this year is the fact that there are more inventory for buyers to choose from. Properties traditionally list on the onset of Spring - April 1st, to be exact - however, there was a dip in that number this year possibly because of sellers holding out on better pricing opportunities as the year rolls on by. This, combined with the fact that there are more newly-built or soon-to-be-built buildings announced this Fall that are already taking up pre-sales reservations. These two factors alone make for a great argument for investing during this "downtime" season, as more units are actually coming online, with less number of competition in the general market.

So what do you say, want to try your luck on still finding your dream condo before the year ends? Check out this cool condo heat map we've created just for you, condo seekers!