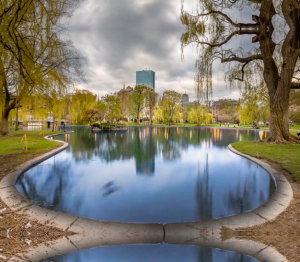 September's numbers are out, and it seems markets have responded well after briefly pausing in August. The renewed recovery last month was spurred by new construction of single-family homes, which reached a six-year high during the last month of summer. Consumers also found more listings matching their search, as number of new listings rose in many neighborhoods in the Greater Boston Market, buoyed by sellers listing their properties, no doubt encouraged by higher selling prices.

In particular, New Listings in the Greater Boston region were up 3.1 percent for single-family homes. In response, Newton, Brookline, and Wellesley saw inventory increases for these types of properties. Condominiums, on the other hand, saw its number of new listings dwindle by 5.1 percent throughout the region, dropping from 1,253 a year ago to 1,189 units last month.

Inventory for the Greater Boston Area - for both single-family and condominium properties - continued to erode in September, as the total number of available single-family homes decreased by 2.1 percent from 3,021 from a year prior to 2,939 this year. Available condominium units also dropped  a whopping 25.5 percent from 1,990 units the same period last year to 1,483 units last month, signaling a shift in buyer's preference towards condos compared to single-family homes.

Closed Sales decreased 8.2 percent for detached homes and 9.0 percent for condominiums, something not uncommon for this year as more properties closed at the onset of the Spring and Summer sales months.

In the City itself, the Median Sales Price increased by 4.8 percent to $456,760 - a $20,000 increase from the same period last year. It seems sellers in the city are holding off listing their properties citywide, as both New Listings and Inventory dropped 8.6 percent and 23 percent, respectively.

Finally, Closed Sales for Boston City Proper dipped 17.5 percent, caused perhaps by the departure of investors from the scene. Last year, 509 properties closed in the month of September, compared to this year's 420 units. As one can recall, investors flocked to invade and invest in Boston last year, buoyed by forecasts that property prices were going to increase in the coming months, later proven by the upward trend of Median Selling Price which started June 2012. Compounded from that month to the period ending September 2014, the average increase in Median Sales Price since then has been an astounding +16 percent - definitely not bad for a city that has limited horizontal property growth!