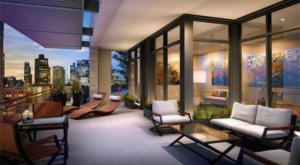 By now, you've probably heard all about the recent outing of The Millennium Tower's $37.5M penthouse unit. Indeed, it really is amazing how Manhattan-like Downtown Boston condos has gotten in the past two years, not only in terms of price but also in terms of build outs. Just to remind you, the said penthouse is quite literally a mansion on the sky. Not only is it 13,000 square feet of pure, unadulterated space that's 600 feet above ground, but it also comes with a 2,500 square foot wrap-around deck that offers what will be known as the best and the highest views of Boston's skylines to the north, south, east, and west!

Not many in Boston can brag about their build out, although many have attempted to belong in that category in the past couple of years mainly in the "newer" neighborhoods of the city such as the North and South Ends, and most notably the Seaport and Greenway/Financial Districts. But the cake definitely goes to the developers of the Millennium Tower. Why? 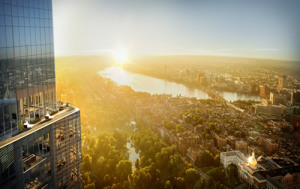 Well, in terms of showmanship, Millennium Partners really has had a long-standing record in the city that's comparable to Manhattan skyscrapers with its throve of developments to date, including the Millennium Place, the Ritz Carlton Residences and the beautifully designed retail and fitness center that it houses on its base. Though it's only fair to say that Millennium isn't the one and only gem that our city has. While it's true that others developers have similar developments to showcase, Millennium Partners have historically known how to bring it to market. 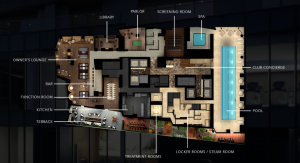 Never before has Boston experienced such an elaborate showroom. The "sales center" as it is dubbed, is the hub of where prospective buyers are delightfully treated to experience the Millennium Tower in all its glory. Located in the heart of Downtown Crossing by Washington Street, the center has a doorman to welcome its guests - something that isn't mind-blowing until you realize that 1) it's is only a showroom, and 2) the development is only in its pre-sales phase.

Needless to say, the Millennium Tower's sales presentation can't just be called a sales pitch - it is, for lack of a better term, a total sensory experience complete with a terrifyingly accurate and elegant 3D model, a hallway full of conspicuously-hidden monitors that change from walls to images that present to you the look of the tower when it is done, all the good stuff you can think only imagine will come from a sales pitch. 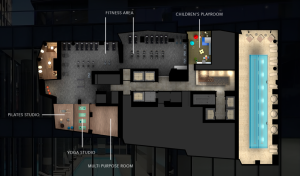 In another room, the tower and whole Boston cityscape is projected on a screen that's so huge it actually makes you think you're looking out to size. This is also where a mock-up of the living room and kitchen is presented, complete with all the materials used to bring the two spaces together. And if, at this point you're wondering what your future-unit's view will be, you are treated to see it - live! - through a smaller high definition monitor.

Indeed, Millennium Partners have taken the sales presentation to a whole new level. Truly, a great majority of clients we've brought there have been impressed with it. That's no wonder that so far as sales go, the Millennium Tower has generated so much buzz since its launch that it has reportedly already sold a good chunk of its first few floors!

Think you're ready to experience it? Click HERE to schedule your very own walkthrough!