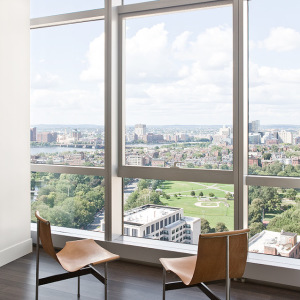 If you're a condo owner on the cusp of making that big decision to sell, then this article is definitely for you. Real estate numbers guy David Bates analyzed about 5,000 condos that sold in the first ten months of the year in the Boston market, and he has some pretty convincing details on why you should or should not list your condo at this time.

From his analysis, it seemed that roughly 60 percent of condos that were listed between January 1 and October 31 sold for at least asking price. That means a lot to sellers, especially since the initial wave of the recovery that occurred between 2012 and 2013 slightly tapered off this year, dampened by concerns that the housing market was back down again. Moreover, buyers paid at least 1 percent more than the listing  price on 43 percent of these sales. Beyond that, the number just goes higher with 22 percent (one in five buyers) paying 5 percent more, and one in ten buyers forking over 10 percent over the listing price.

Bates' analysis show that within this subset of over asking offers, 50 became the year's highest over-the-listing-price offers in terms of the gap between the actual listing price and the amount paid during closing. These properties had offers that spectacularly ranged from crazy to insane, starting at 19 percent above the original asking price, and even went as high as 34 percent! And if there was a competition over which neighborhood had the most of these incredible over-ask deals, Cambridge would definitely be the hands down winner, taking in 24 of the city's 50 most extreme over-ask offers.

And though it's true that the list price of properties in Boston are much higher than Cambridge's - with its brownstone mansions and multi-million multifamily homes, three of Cambridge's condos listed between $399K and $459K accepted offers that were $100K past their asking! That's definitely a feat if you compare it with listings in Boston that need to be over a million to reach that over-ask mark.

The rest of the Boston-area neighborhoods that placed in Bates' roundup of over-ask condos belong to the neighborhoods of Brookline (5/50), Jamaica Plain (3/50), Somerville, Back Bay, Beacon Hill, the South End, the West End, Dorchester, Hyde Park - all having 2/50, and Allston, Brighton, Midtown, and West Roxbury all having a piece of the 50 most extreme over-ask offers in town.

Notably, one red-hot Hub condo community that was a little bit more sober with its condo market offers was South Boston, whose highest over-ask was only 14 percent above the listing price - but perhaps that's because it's already well-priced to begin with.