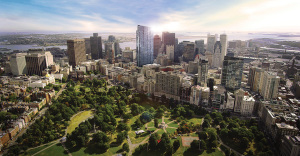 As the year is fast approaching its end, we're counting down the numbers that has made up the year that was for Boston's real estate scene. And though there might still be some days left in twenty fourteen, it's safe to assume that the year will close on a better note than it did in twenty thirteen. For instance, 2014 saw another burst in the already-booming business of new residential developments. We're also ending this year with December as a dark horse that's once again defying the usually-ice cold case of winter sales.

o $4 billion worth of new construction will have broken ground by Dec. 31, up 16.4 percent from the year before. o 7.5 million square feet of total space will have been added. o 12,000 construction jobs were supported this year. o 3,859 housing units are under construction, on track to meet a target of 53,000 units by 2030.

MASSACHUSETTS HOMES MATCHED WITH BUYERS (as of December 12 2014, per MLS) 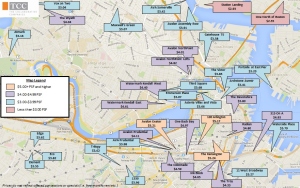 It seems that nothing has stopped luxury rentals from climbing up past the primetime fall rental months. The average price for renting across 36 of Boston's luxury rental buildings stands at a flat $4 per square foot. That list includes heavy-weight luxury buildings that span a range of ultra-posh to such as The Victor, The Kensington, 100 Arlington, One Back Bay, to the upper mid-luxurious residences of Radian, Third Square, Devonshire, 315 on A and more.

And as per Real Estate consultant TCC's price heat map, Financial District's The Kensington rents the highest per square foot at $5.24, and Government Center's Emmerson Place places second to the last before Vox on Two (Alewife), renting at $3.07 per square foot. View a complete rundown of the Boston's 36 Most Luxurious Buildings here. 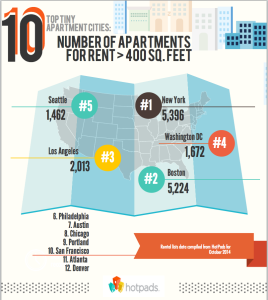 CITY IS SECOND TO HAVE MOST MICRO APARTMENTS IN THE COUNTRY

From luxurious dwellings to cozy-sized condos, Boston has been ranked 2nd to have the most number of micro apartments in the country - something that we may or may not be proud of. HotPads counted the number of condos in each of the 12 Key Property Markets in the country that were not greater than 400 square feet (the technical size definition of a micro-unit). As expected, never-spacey New York City topped the list and then followed by Boston.