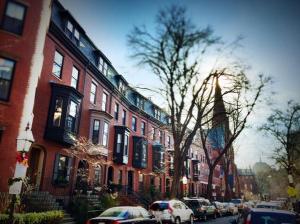 Boston is now officially a $100 billion city - that's right, one hundred billion. And if you want to be more precise about it, it's actually $110 Billion. The price tag comes after the city's assessment of all residential and commercial properties within the bounds of Boston's city line. To give you an idea of how impactful and historic this valuation is, this is the first time that the aggregated value of properties in the city have been assessed over the hundred billion-dollar mark. This is perhaps the most startling evidence of the recent real estate market surge that has come upon Boston in recent quarters.

Overall and across types of properties, the value of the city's real estate has risen 10 percent from last year - it is the largest percentage increase the city has seen since 2007, when values jumped 15 percent before the recession hit. The most obvious reason for this increase in property values is the overwhelming overhaul of the different pockets of unused parcels of land that have been transformed into busting neighborhoods and districts, with the Seaport, the Greenway, South End, and Fenway being the most notable ones.

Viewed on a decades perspective, Boston properties have more than doubled in the past 12 years. And although Boston has some of the highest-priced property in the country, its total value remains much lower than larger cities such as New York, where assessors tabulated more than $900 billion in property last year. And in spite of that close-to-trillion dollar mark being miles ahead of Boston's, there is a big possibility the city's total assessment of all properties in the next five years could balloon given all the movement in the marketplace. 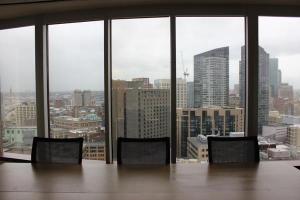 In the first nine months alone, the city has seen over $10 billion in commercial building transactions - a figure that's double of the same period in 2013, which stood at $4.7 billion. A similar pattern has occurred in the residential market, with prices rising sharply in many neighborhoods. The average selling price of condominiums in the downtown Boston area rose to $830,000 this fall, a 16 percent increase from a year earlier.  And with over $4 billion worth and 7.5 million square feet of residential projects going up this year alone, prices aren't going down anytime soon.

Though this is all good news to property owners and investors who have been able to ride the real estate wave and have seen their property prices surge up from a 10-15% since 2007, small businesses are forecasting tighter times ahead given the possible impact this valuation will have on their bottomline. More specifically,  property prices skyrocketing will of course, jack up tax rates. However, the city has reminded property owners that there are measures in place to prevent that from happening. They citied a state property  law that prevents total municipal levies from increasing by more than 2.5 percent in a single year. In other words, the state law forces cities and towns to adjust tax rates if and when necessary - this year possibly being one of them.