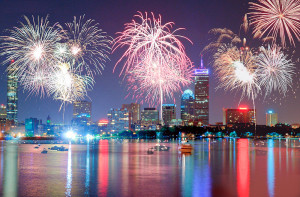 First, A Look Back If you're anything like us, then you're probably pondering the same thing: what does 2015 have in store for Boston's housing market? Well, nine years after housing bubble peaked, and three years after home prices bottomed, the boom has come strikingly back to town - though of course, in an all too humble way.

When Boston first saw significant home price improvements at the tail-end of 2012, many feared that 2014 was going to be 'the year the rebound effect will fade' since property prices were no longer significantly undervalued and investor demand was flailing. This may be true for some markets, but not for Metro Boston; in fact, nowhere close. Even though properties were continuing their ascend into the unaffordable, buyers kept descending onto Boston to snap up single-detach homes, brownstones, and of course, condominiums.

To date, there has been 879 single-family homes sold and 3,976 condo units that have seen changed hands in the City of Boston alone. And though this reflects a 7% decrease from 2013 YTD totals, this is offset by the fact that home prices surged 7.5% within the same periods examined, and in essence weeded out the number of buyers lost by the dollars gained in terms of property values. Most important in all of this is that listings are still selling, and in fact most of them go over asking. Doesn't that tell you something about how robust our town's real estate market currently stands?

There are many, many more reasons why our housing market is far better than other comparably dynamic cities. Housing inventory - which has continued to dwindle over the past couple of quarters - is a great one to include to this argument.  Despite the number of available units dropping, the home price index remains stable, albeit a bit on the high end of "affordable" in terms of Boston property value ranges. One can argue (as other real estate blogs have) that homebuyers earning less than $100K annually may not be able to afford brand new in this town, but we say they can certainly afford a property that is well worth their every penny.

What's There In 2015? Given all of this, and against many economists and pessimists trying to spell gloom and doom for the future of Boston area housing, our firm still sees housing soaring in 2015. While it is true that there are signs of demand easing, we are significantly more upbeat than many of the recent headlines seem to highlight since there are credible and factual forecasts also out there that strongly suggest another year of home price appreciation, with a 7% home price increase for the coming year.

This is clearly a remarkable prediction, especially if you take into account majority of experts out there are calling for Boston Area housing prices to depreciate instead of again appreciating. What makes us think so? Well, inventory is surely going to increase in 2015. As of this writing, there are currently 14 projects that are on going with an expected completion date falling within 2015. And as inventory and transactions rise along with pricing, participants in the Boston area housing market stand to benefit broadly. In addition, the number of days on market remains low compared to before the housing bust, indicating a seller's market.

In a seller's market, sellers can list homes at a higher value, hoping a buyer takes the bait. If not, they can also bring down the price closer to market value, while appearing to offer a sales compromise to the buyer. We estimate that of the available inventory next year, approximately 35% of properties will take such a price cut, after all 33% of this year's sale crop already did that trick this year. We see this "price cutting game" as an indicator of strong competition, despite weaker demand overall.

The Boston area housing market continues to require a more nuanced view of its future. Home prices across the U.S. are poised for a fifth consecutive year of recovery. The market is still faced with low inventory and demand, buoyed by an expanding economy, which, among other factors, remains healthy. Both supply and demand conditions are moving from extreme bullish conditions to more steady sustainable and healthy conditions.