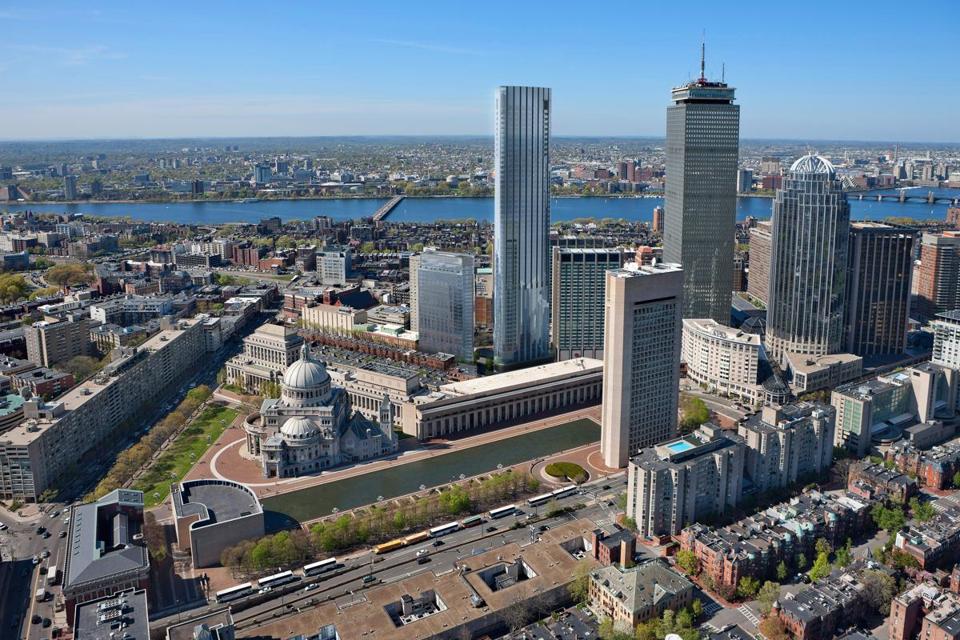 It has been more than a half a year ago that we found out about Boston's towering new project that's set to rise 700 feet high in the heart of the Christian Science Plaza. From that point since, little has been made known about the historical and gargantuan Back Bay project except that it is known in the real estate community simply as 1 Dalton Street, and the fact that the project's height approval was historical for the city, since not many achieve to get a green light from the Redevelopment Authority with such towering dimensions. Yet, here we are - and here it comes.

After nearly three years in the planning, Cambridge-based developer Carpenter & Company finally and formally broke ground on the 61-story spire last night in a ceremony also attended by city officials, Mayor Walsh, as well as bigwig personnel from the Four Seasons, who will be occupying the tower with their five-star hotel brand alongside private residences. Once completed, the Four Seasons Tower will have 211 hotel rooms and 180 condominium units that are eligible for the same hospitality services as the ones owned and managed by the group within the property. This effectively brings Boston up to speed with its brother cities around the world who have mixed Four Seasons hotel & condo properties like London, Shanghai, Singapore, Los Angeles, Cairo, Chicago, Istanbul, and New York.

During the groundbreaking ceremony, it was also revealed that Harry Cobb, who is the man behind the Hancock Tower's iconic design, will be the lead architecture of the project that's set to rise in 2017 with much fanfare due primarily for its historic height. Once topped off, 1 Dalton Street will be the only tallest residential building in Boston and the whole New England region, even besting Downtown Crossing's upcoming and iconic Millennium Tower. 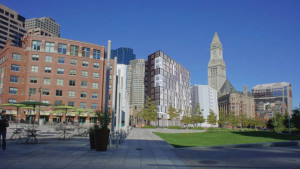 ELSEWHERE IN THE CITY

Elsewhere yet still within the city, another residential building is poised to join the sprouting slew of projects underway along the Rose Kennedy Greenway. The recent uptake in projects in that area has been spurred by the city opening up new parcels of land and open space, and "dead" parking complexes in an effort to truly connect the Waterfront to the rest of the Midtown and Financial Districts.

One such project of note is New Boston Ventures' upcoming 12-story building that will host 52 residential units and a first-floor restaurant and retail space to be located at 102-112 Broad St. According to the developers' project filing, the project has the aim to "fill in a gap in the urban fabric along the Greenway and create additional activity" after the Big Dig's depression of the elevated central artery left "fragmented sites and rear facades facing the public parkland."

This spells out additional gains in property values along The Greenway, which has already seen it's spike go up three years post the Big Dig, and has stably climbing ever since. Basically, the Greenway functions as the "central park" of the Waterfront, North End and Financial Districts, providing a natural and serene patch of land amidst a completely concrete setting.

New Boston wants to start building this summer. Plans call for restoration of a circa-1805 Charles Bulfinch-designed brick warehouse -- a designated Boston landmark that would be integrated into the project as a lobby and residential space. The group is also planning on demolishing an adjacent five-story commercial building to expand the project. The buildings to be demolished currently house two popular watering holes: The Times Irish Pub and Restaurant and the Littlest Bar. It's unclear at this time where they will relocate or whether they have been offered space in the new project. 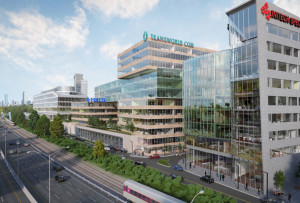 BRIGHTON'S BATTLE TO BE 'IT'

2014 saw a huge transformation for Bostonian neighborhoods. One could easily argue, if it were not for its earlier resurgence, that the Seaport and South Boston's D Street/West Broadway came on top as the most happening neighborhood in town. Although this area of the city did see A LOT of action in 2014, it was perhaps mostly aftershocks from 2012 and 2013 that shot up the Seaport & South Boston last year, as many high- and mid-end developments turned over and started filling.

Having said all of that, last year's actual 'It Neighborhood' winner was East Boston, with all of its announcements of developments and projects aimed to make the across-the-Charles neighborhood more Seaport-esque (as encouraged by Mayor Menino it his finally years in office). But East Boston's title may soon be in question. By who? Brighton. 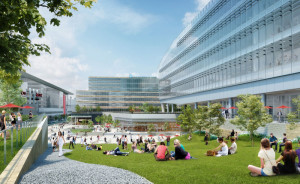 This comes after recent movements and progress in the Boston Landing Project has been significantly made within such a short span of time. To remind everyone, Boston Landing is a gargantuan development that will include a 250,000 sqf HQ office for New Balance, a 345,000 sqf NHL sports complex, a 175-room hotel, an additional 650,000 sqf of office space spread out across three lateral buildings, and last but not least 65,000 sqf of pure retail space (alongside 1,750 parking spots). The project also seemed to get more of the state's support, as a new commuter rail stop is set to be opened in the area to service transient workers as well as avid sports fans.

But Brighton's big project isn't only about commercial and retail - nearby, a three-building, 60-unit, mixed-use development is also on the rise by Parsons and Washington streets, a five-story, 92-unit redevelopment of the old Circle Cinema near the Brookline border (which coincidentally will also include a mid-range hotel), a new luxury rental development dubbed 375 Market Street (where the rumored rent for two- and three-bedroom units are said to range from $2,750 and $3,450), and last but certainly least, Boston Landing is also integral to Harvard's recently-annnounced 10 million square foot expansion into Brighton/Allston territory over the next decade or so.

The battle to be "It" isn't over for East Boston, though. There's tons of potential and unused land in the neighborhood. And who knows, their aim to be the next Seaport District might be closer to fruition than expected. As they say in real estate, "build and they will come".