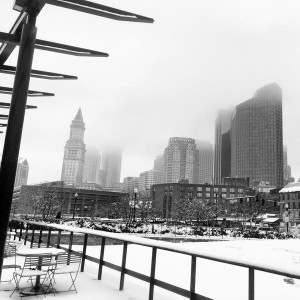 As more people head out to the streets and return to their normal lives from being buried by Blizzard Juno, we're out today to report on how the Greater Boston Market performed in December, before the city got hammered by historic snowfall this week.

It seems that it has been another year of recovery with the period ending December, albeit not the same as the figures 2013 brought to the table. With a broad pattern of rising prices and stable to improving inventory, the market has indeed shifted from being drastically undersupplied to approaching a steady equilibrium with Price Gains still in the positive but less robust than last year.

Borrowing rates remained lower than most expected for the entire year, spurring investors to buy. That trend snowballed with solid and accelerating private job growth that led to more consumers buying properties. It seems that the "usual suspects" of factors remained as hurdles for first-time homebuyers to invest in the market - student loan debt, sluggish wage growth, and lack of liquid resources, yet again prevented welcoming new homeowners.

BIG PRICES, SLOWER SALES PACE IN BOSTON Just like the rest of the Greater Region, New Listings in Boston and its Neighborhoods were up 35.3 percent for single-family properties, but decreased 15.7 percent for condominiums -  sparked mainly by investors snapping up downtown condo units in both new and existing categories. New Single-family Homes in December 2014 totaled 46 compared to 34 in the same period of the previous year. Condominium properties dropped by 28 units, toiling to 150 in 2014 versus 178 units in December 2013. 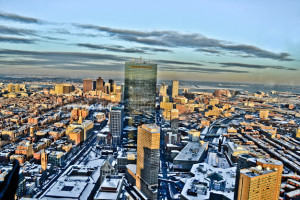 The Percent of Original list Price Received for both housing types remained healthily within its bounds; 96.2 percent of sold single-family properties received and closed offers at asking, while a whopping 99 percent of condominiums sold and bought received offers at original asking price, with the remaining 1% of all listings going above and beyond the seller's asking price.

Given all the up and down movement in the market, the primary metrics we'll continue to watch in 2015 include days on market, percent of list price received and absorption rates, as these can offer deeper and more meaningful insights into the future direction of housing in the Metropolitan region throughout the year.

Stay tuned as we update you on the market trends for the rest of 2015.