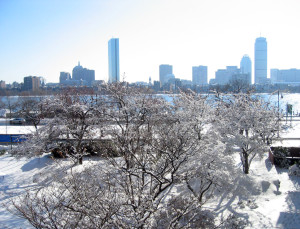 After being pounded by bouts of blizzards and winter storms week after week, we're all agreed that we're all sick of the snow. Tremendously. Sadly, we're not the only ones it seems, as early February figures show an unusual dip and retreat in the condominium inventory within the city. To fully understand how wide the gap is in between the past three years, 2015's January and February condo for sale listings is more than half of what it was in 2013.

What about 2014? Well, last year reflected a modest dip compared to 2013 as well, however due entirely to seasonality and actual number of new developments going up, as most that were delivered and finished construction were rental community units. We've made a pictograph for you below to fully appreciate the decline in inventory for the period of January 23 - February 11 across 2013-2015. 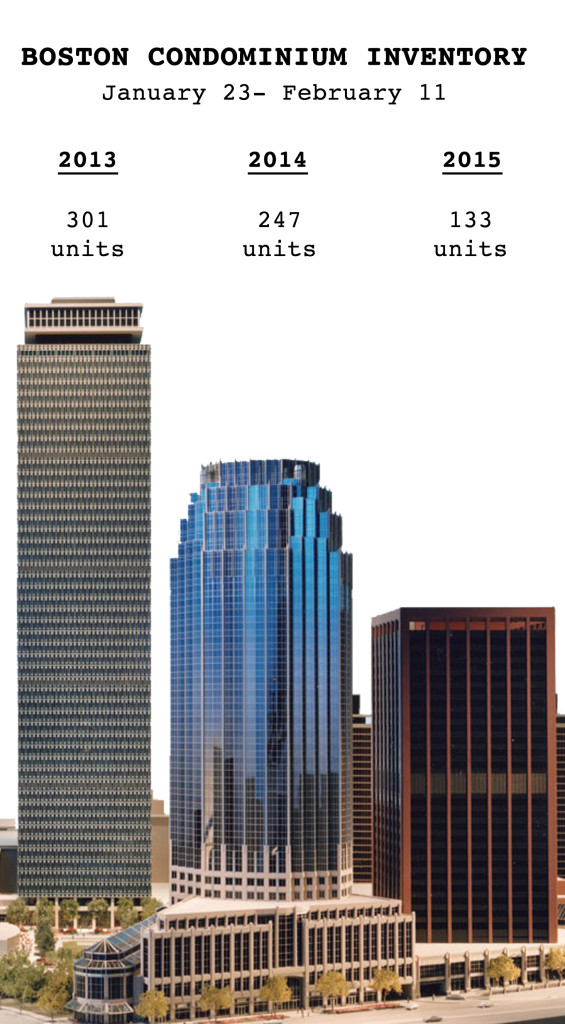 You'll see that if they were buildings, it would comprise of the Prudential Center Complex such that 2013 would be equivalent to the Prudential Tower, 2014 would be 111 Huntington Avenue, with 2015 being the shortest of them all.

So, if you're a seller, you're probably thinking this time really isn't the best time to list. You're partially right, but overall wrong. Condominium prices have steadily increased since last year, in thanks partially to dips in the inventory as well as the influx of investors snapping up what's available on the market. Just take a look below at how the different neighborhoods in Boston have been performing

Needless to say, if you are thinking of unloading, the snow might be scary for now, but it will melt, and you would be glad to have your unit listed and up by then. Listing now affords you the attention you want against a "dry well" of condominiums, as well as the time you need for investors to find your property once their out buying again.

David Paez has been successfully in the business of buying, selling, and renting homes for over seven years. He is actively aiding willing sellers in disposing their investments. List your home now and reap the financial rewards! Call David at (617) 549-9783 and schedule a no frills risk-free consultation and find out he can get you the most return on your investment.