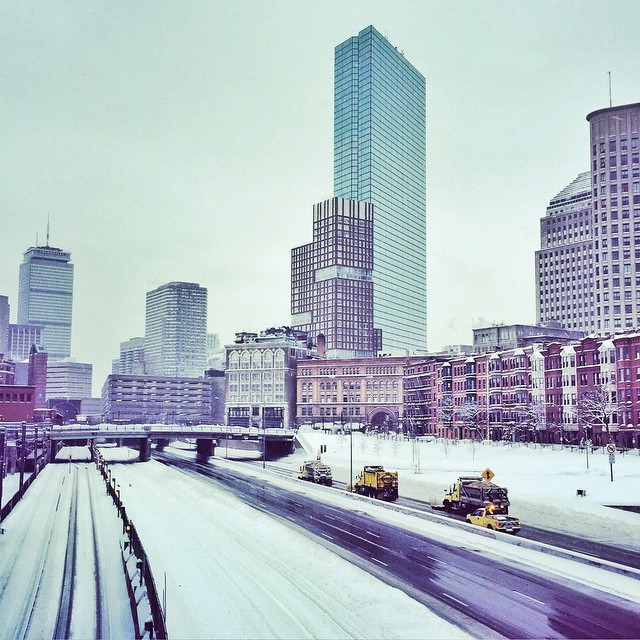 It seems no amount amount of snow could keep buyers away in January, as sales of single-family homes in Boston jumped to its first high this year, signaling strong buyer demand despite the bout of blizzards that have continuously hounded and pounded the city, especially towards the end of the month in discussion. Let's take a look at how Boston faired in the first month of the year this Monday morning:

Double Digit Growth in Single-Family Sales January 2015 proved to be a great start to the year for single-detached homes, producing a total of 56 closed sales or an increase of 14.3 percent compared to the same period last year. Buoyed by only a modest increase in median prices, Boston saw a reversal of the decline of single-family home sales in the last quarter of 2014.

Median prices for single homes in the city increased by 3.4 percent to $434,250 compared to $420,000 in the same period last year, giving way to the affordability index by only a half point, making it easier for first-time homebuyers to get in the acquisition game.

To no one's surprise, inventory is still lagging behind demand, shrinking by 37.5 percent compared to the same period last year, accounting for a total of only 110 units at the end of the month. Without a fresh source of new listings, this accounts for only 1.3 months of supply in the marketplace - perhaps the lowest it has been in a while, and is proof that the market has significantly turned into a seller's arena.

Yet, despite the slim pickings of properties available, buyers seem to also take their time deciding whether to put in an offer as the average number of days a single-family takes to be off market climbed by 20 percent, clocking in at 78 days from listing - 13 more than last year's 65 days in January.

Condo 'Shortage' Continues To Clip Sales What strides single-family homes made in January seems like the opposite for condominium properties in the city, with the number of total closed sales dropping 23.7 percent compared to the same period last year, reflecting an additional drop of 10 percent compared to last December's sales figures. Total number units that sold last month stood at 187 units, compared to last year's 245 condos.

Dropping at a more acceptable rate than single-family homes, condominium inventory decreased by 19.7 percent to 411 available units in the city at the end of the month, a 100 units off last year's 512. This makes the total months of supply only a percentage point better than single-family homes at 1.2 months if no refresh is made, which of course, is not going to be the case.

One salient factor that differentiates the sales behavior of condominiums to single-family homes is the fact that buyers seem more motivated in putting in offers as evidenced by the fact that the average number of days it takes to sell a condo in the city has decreased by 10.7 percent to 53 days, compared to January 2014's 64 days. This, despite the onslaught of snow we've seen towards the end of the month makes it logical to think that showings of condo units are less hampered by weather factors, as building developments edge out single-family homes in this aspect.

Forward On To Forecasts in 2015 January's real estate figures show a marketplace that is in a volatile position, balancing buyer demand and availability. From forecasts, this will be the central theme the whole 2015, as more and more developments still play catch up to Boston's ever-rising appetite for acquisition. In fact, in an attempt to infuse much-needed supply, there are more projects on the pipeline this year than the city has seen in the past 8 years. Some will deliver once the spring and summer selling season is in full swing, but most won't be ready for occupancy until late next year, giving sellers the opportunity to unload their assets.