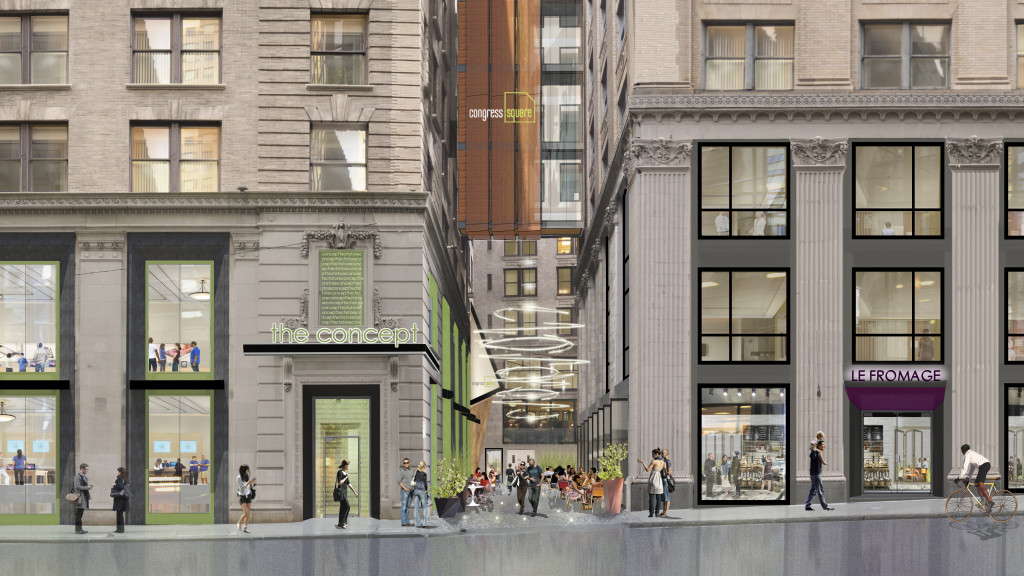 Last fall, we broke the news about Congress Square getting a major makeover in the form of new façades complemented with green open spaces and modern glass buildings. This week, Related Beal, the proponents of the project, released new information about the development that is slated to start this coming fall for completion in 2017.

Planned to be a gigantic 458,300 sq ft quadrangle of residential, retail, commercial and boutique hotel space that is bordered by State, Devonshire, Water, and Congress streets, the addition to the Downtown neighborhood follows a slew of upscale developments in the area. Related Beal plans to renovate six Financial District office buildings in the existing Block to "bring 24-hour activity to an area historically dominated by financial institutions". 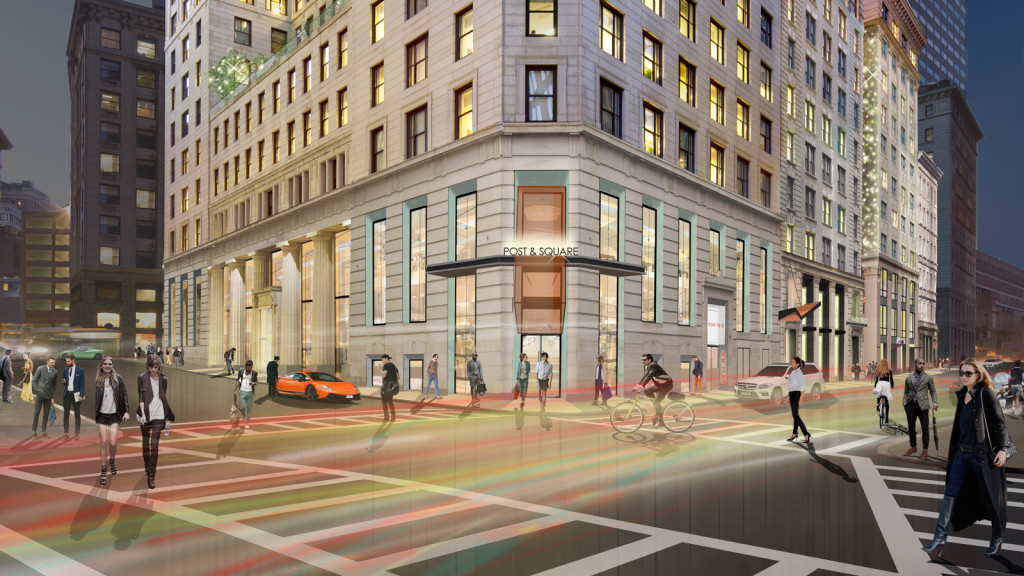 92,700 square feet of the project will be new construction in the form of a cantilevered glass, five-story condominium addition above 15 Congress St.; a three-story office addition to 40 Water St.; and the new 133-room hotel tower on what's currently a vacant lot used for parking. The hotel tower would be connected to the building at 68 Devonshire St. 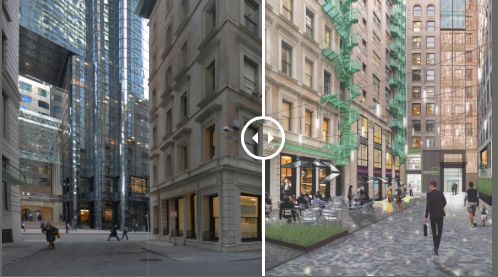 According to the project's proponents, the main aim is to transform once-inward and private buildings into something that will attract pedestrians and bring in foot traffic, as well as make the Downtown Crossing and Financial Districts truly a destination neighborhood. Among the features of Congress Square will be 11 mid to upscale restaurants and eateries, 108 coffeeshops, 18 tower residences totaling to 465 units, 20 fitness centers, and 35 garages, notwithstanding 3 MBTA stops in the area that will truly make the neighborhood a pedestrian destination. 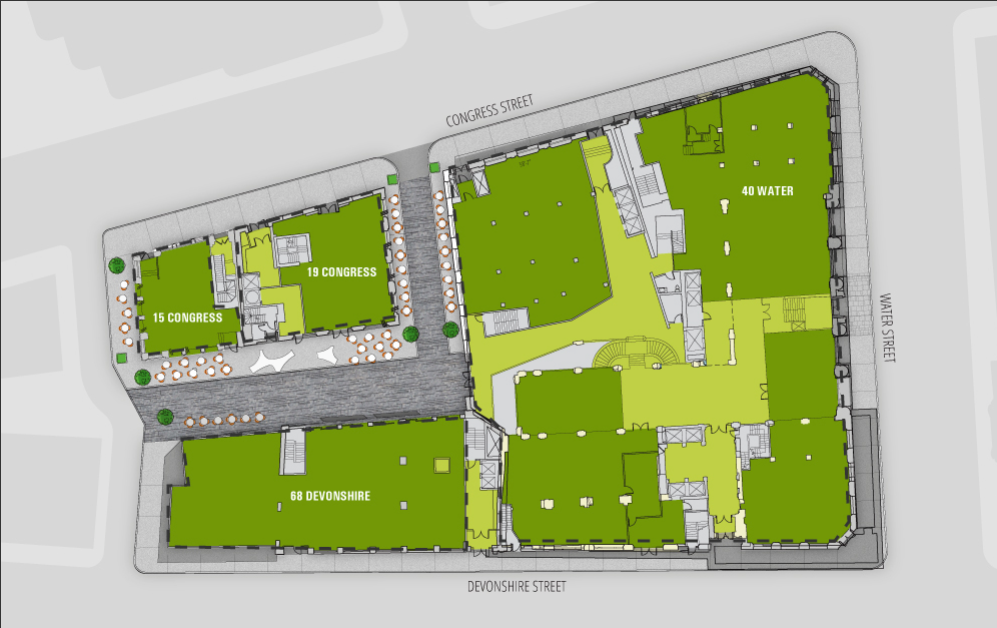 The ground floors of the buildings would include new lobby entrances and glass-fronted shops and restaurants that open up to outdoor dining areas on Quaker Lane. Quaker Lane would be converted into a European-style pedestrian area with suspended cable lighting between buildings, cobble pavers, sculptural seating and landscaping. Buildings at 40 Water St., 82 Devonshire St. and 33-35 Congress St. would be combined for "innovation ­economy" office space and all-in-all capped with the three-story office addition.

Alongside the busy season of openings and retail inaugurals slated this fall - Roche Brothers and Primark on the first few floors of the soon to be completed Millennium Tower debuting in the next couple of months - the Downtown Crossing & Financial District neighborhood is surely poised to regain its former glory and once again reclaim their namesake. Exciting news, indeed!