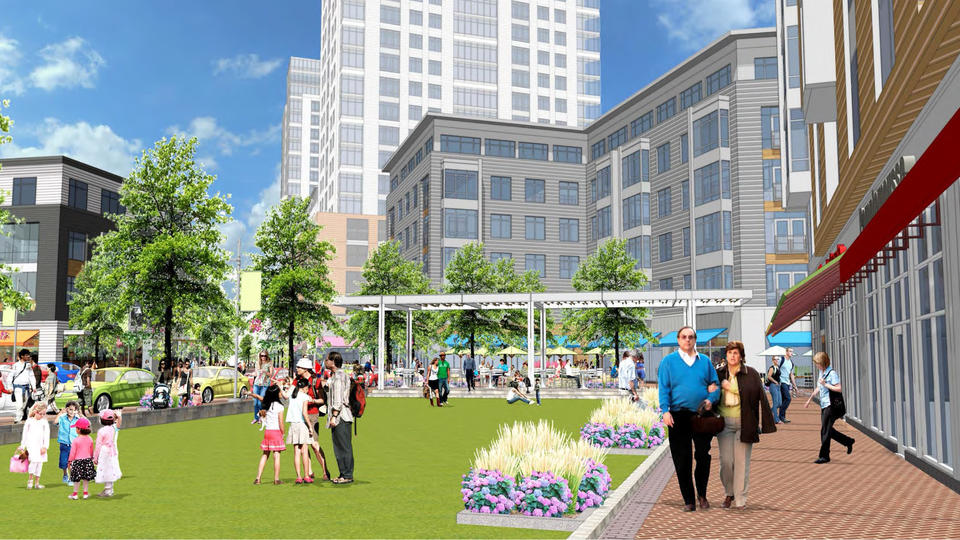 It seems South Boston is responding to the development challenge currently happening in the city, as five acres in the Andrew Square neighborhood is proposed to be transformed into a community composed of six blocks of housing and retail complexes complete with a sprawling urban oasis.

Plans for the gentrification were unveiled early this week, announcing eight buildings to be built in total, with the highest being 17 stories high. The site, enclosed along the borders of Dorchester Street and Old Colony Avenue, will be home to some 700 residential units and will have a bustling commercial and retail component that is anchored by 1.4 acres of public open green space.

The still-unnamed project, proposed by Boston developer Core Investments Inc. and real estate investment firm Ad Meliora LLC, will be built with the middle class in mind, bucking high-end luxury trends in nearby Seaport District and A Street. Retail is slated to be sprawling on the ground floor of the development, including a 20,000 square-foot-plus grocery store. According to the project's proponent, the goal is to "bring economic vitality to Andrew Square by creating a walkable neighborhood with community-focused businesses". The site of the gigantic project is currently occupied by industrial buildings, with nearby parcels bought out by the developers in the past four years. 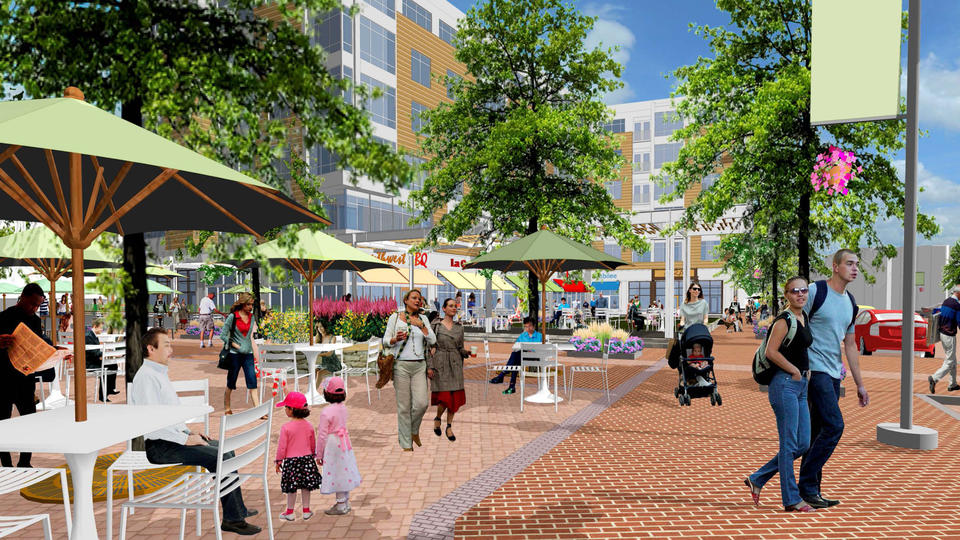 The project, in its current form, currently calls for two "slender" retail towers with 20 and 21 floors -- and heights of 230 and 240 feet, respectively -- and retail and parking at the bottom. The six other buildings would range from three to six floors. Garage parking for 450 cars and 130 surface spaces for retail customers is planned.

The development will be built in phases, with the grocery store and the park to come first, followed by residential towers. The project will be submitted to the Boston Redevelopment Authority for review "in the near future", possibly the end of the spring months or at the beginning of fall. Stay tuned.