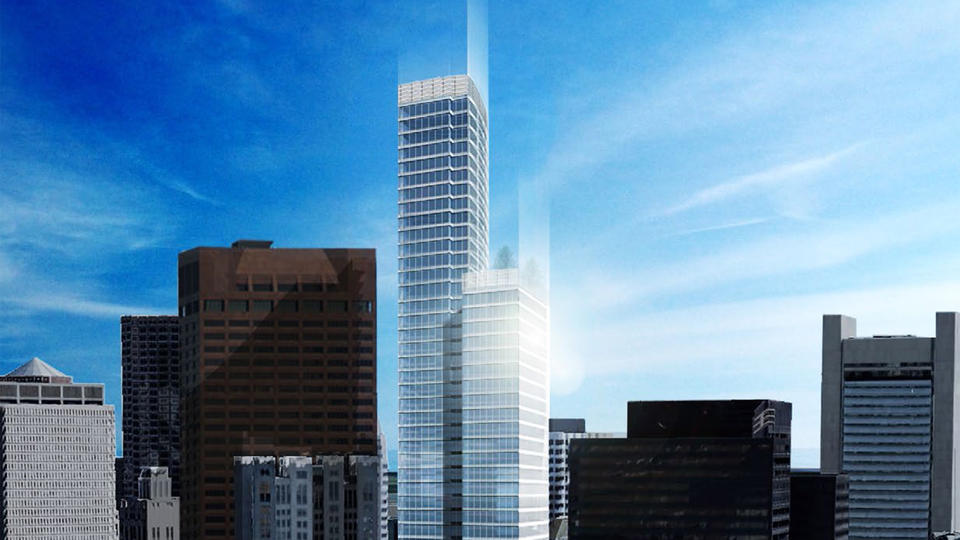 Developers have their eyes on the sky with proposals such as the Trans National Tower.

As if there isn't enough going on in the Downtown Financial District, a new tower could soon further reshape the Boston skyline under competing redevelopment proposals for the retired Winthrop Square garage.

Eight developers are vying to put their permanent imprint on the city's skyscraper set up with a potential superstructure that could rise as high as 780 feet, rivaling the 750-foot Prudential and 790-foot Hancock towers in the Back Bay.

As you could recall, Mayor Marty Walsh's administration in February called for new proposals for the city-owned garage where former Mayor Thomas M. Menino once envisioned a 1,000-foot building. That call came after Trans Nat?ional Group -- which originally planned a 1,000-foot project at the site in 2006 -- had restarted city talks last fall about a smaller 740-foot project.

As a response, well-known Boston developers submitted proposals last Monday for their vision of the site. Big-named developers such as HYM Investment Group, Millennium Partners, Fallon Co., Trinity Acquisitions, Lincoln Property Co. are amongst the "Big Eight" that revealed their plans, as detailed below: 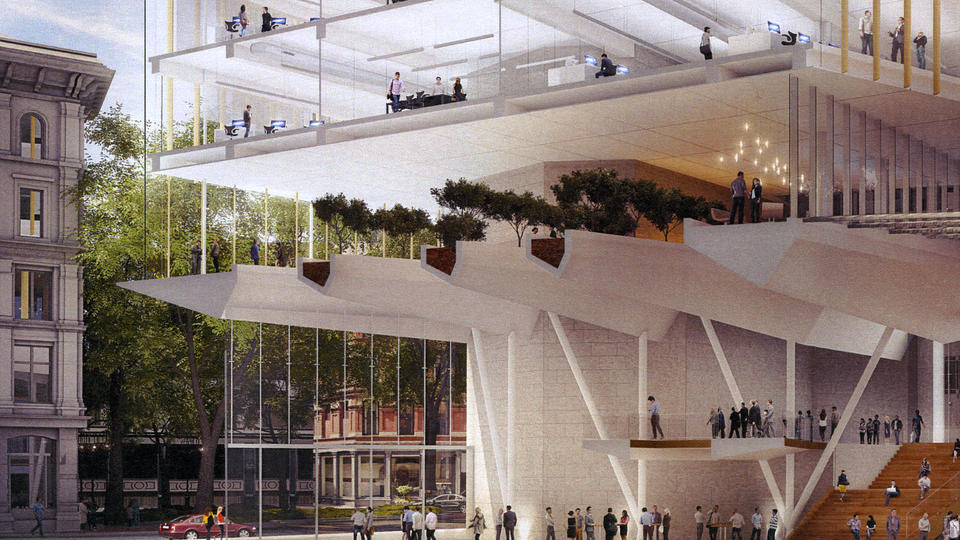 Millennium Partners is proposing what it calls the 'Great Urban Room,' above, along with a 750-foot tower in its plans submitted for development of the site of the former Winthrop Square garage in the Financial District. -Handel Architects Rendering

HYM Investment Group: A public plaza amid a new 500-seat St. Anthony Shrine Church, a new Friary and Ministry Center, and a new 50,000-square-foot Boston public school. The current St. Anthony Shrine on Arch Street would be replaced with a 780-foot, 69-story tower with 700 apartments and condos. 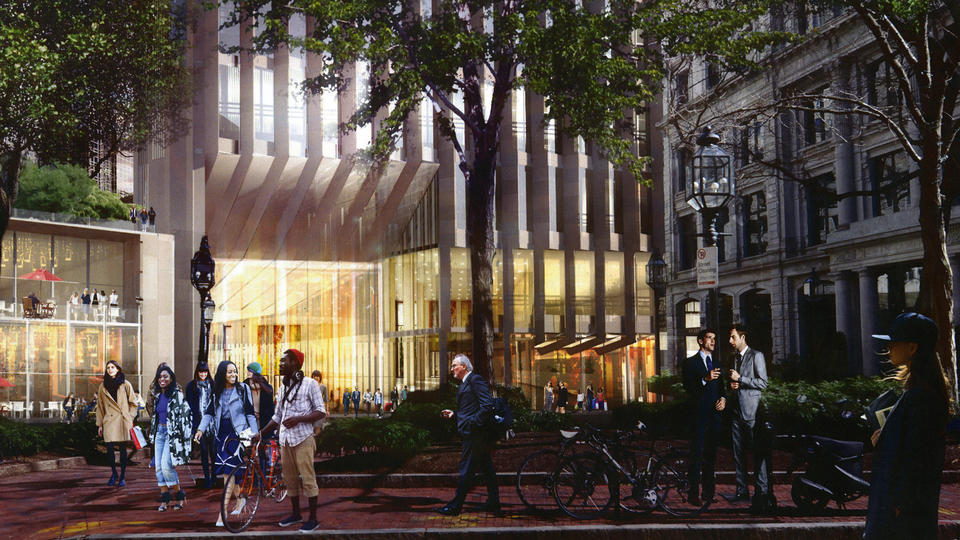 Developers have their eyes on the sky with proposals such as the Trans National Tower and suggest a new street-level look for what was the site of the Winthrop Square garage, pictured, as envisioned by Accordia Partners. - Handel Architects Rendering

Trans National Properties: A 740-foot, 54-story tower with 700,000 square feet of innovation economy offices, apartments, 100 condos, 300 hotel rooms, a retail-lined public galleria, and a Boston Public Market outpost. It would also have a 21,500-square-foot Entrepreneur Innovation Center, an Innovation Sculpture Park and Innovators Walk of Fame. It would combine the site with 133 Federal St.

Fallon Co.: Two residential buildings on a street-level retail podium: a larger 700-foot, 53-story building with 32 floors of apartments and 18 floors of condos; and a smaller 75-foot apartment building. Plans call for a galleria-style open concourse with 25,000-plus square feet for shops.